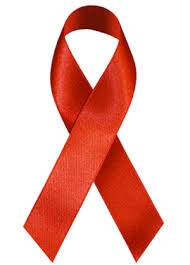 Last week I had the opportunity to listen to a talk about HIV/AIDS in Nicaragua given by Walter López of the Managua-based Fundación Xochiquetzal, an organization working with those living with the disease and preventing the spread of HIV/AIDS. He gave a good picture of the disease in Nicaragua, how it is spreading and why. Walter’s statistical information came from the Nicaraguan Ministry of Health (MINSA) numbers on reported cases of HIV/AIDS for the year 2009 (most recent data available). Walter noted that MINSA is the only place where patients can get retroviral drugs in Nicaragua. Other institutions can really only prevent and treat secondary illnesses associated with HIV/AIDS.

How does testing in Nicaragua work? In 2009 there were a total of 112,207 HIV tests done in Nicaragua. Almost half of those were administered to pregnant women through MINSA’s prenatal program. HIV tests in public hospitals are free, but not all hospitals and health centers can do the test. For example, the MINSA neighborhood health centers in Ciudad Sandino don’t have the reactants to do the tests, so they will send patients to the Hospitalito here, but even there they are most likely to refer patients into the Central Hospital in Managua to be tested. All of is a lot of hassle and expense, which would be enough to discourage even the very determined. Private foundations like the Xochiquetzal offer testing, but there is a cost: at their clinic the test is C$200 ($10). They and other groups do carry out campaigns where they will go into neighborhoods and rural departments and test people for free. The quick test takes about 25 minutes and those being tested receive confidential counseling sessions before and after.

High risk ages: The population at highest risk in Nicaragua to contract HIV/AIDS are those between 15 and 35 years of age, with the very highest incidence between the ages of 25-29. Walter points out that this is the age when many young people are exploring their sexuality with less concern for protecting themselves. This is also the age when people are likely to have children and also are economically active (working). The more that this age range of Nicaraguans is affected, the more that HIV/AIDS will begin to affect the productivity of the country as its working population is hit by the disease. 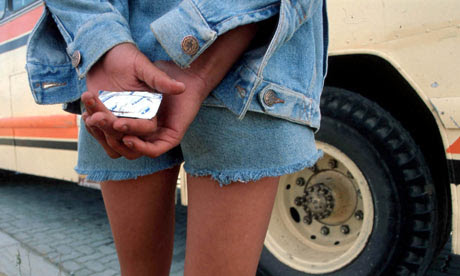 Feminization of the disease: The gender breakdown of those living with HIV in 2009 in Nicaragua was 63% male, 35% female and 2% unknown. The incidence of HIV in women is rising rapidly, what is commonly known as the “feminization of HIV/AIDS.” Housewives are the group with the fastest rising rates of HIV/AIDS. Walter explains the reasons behind this: “Housewives are economically dependent on a man, and so they feel that they cannot insist that he use a condom. If they do insist, the first thing their husband will say is ‘Oh, you must be sleeping with someone else’ or ‘Don’t you trust me?’ Many husbands will hit their wives for insisting that he use a condom, and so in fear of violent retribution and because of their position of dependence, housewives will not insist that their husbands wear a condom.”

Worldwide, battered women are more likely to have HIV/AIDS or to contract it than other women. Walter explains that where the Xochiquetzal Foundation has done investigations in a neighborhood about who has been tested, the women who do not work outside the home are most likely to answer no, maybe a total of 2% have been tested. And invariably when asked when they got tested they say “When I got pregnant with my last child.” Walter also points out that women tend to put their own health aside to look after their families, and so it is unlikely that they will go to get tested just to make sure they are okay.

HIV positive & pregnant: MINSA has a policy of testing pregnant mothers who go in for pre-natal exams. They also have a policy that if a woman arrives at a hospital to give birth and cannot show that she has tested negatively for HIV then they will perform a cesarean, and not allow a vaginal birth in order to not risk possible infection of the baby.

In 2009 there were 64 pregnant women detected to be HIV positive through their pre-natal testing. There were 31 newborn babies who tested HIV positive last year. Life expectancy for babies born with HIV/AIDS in Nicaragua is between 10 and 20 years, depending on the quality of life that those children have. If their families have enough money to feed them well and get them the medical attention they need, then they are likely to live longer and better lives.

Where is Nicaragua most at risk? The areas of Nicaragua where the virus is found most are parts of the country that have ports or border crossings. Chinandega, home to Nicaragua’s largest port, Corinto, has 34.3% of all reported cases of HIV/AIDS. Matagalpa has the lowest incidence which is at least in part due to the fact that it is such a rural area that fewer people can get to the health centers where they can be tested.

Honduras and Costa Rica, the two countries that share borders with Nicaragua, have the highest incidences of HIV/AIDS in Central America, and Nicaragua has one of the lowest. The virus first came to Central America in the 1980s to Honduras when thousands of US troops were stationed there. It arrived in Costa Rica through a boom in tourism (including sex tourism) in Costa Rica, through US tourists. Does Nicaragua actually have a lower rate of HIV/AIDS that its two border countries? Unless a larger percentage of the population can get tested, it’s hard to tell.

Quick tests are making it much easier to be tested in Nicaragua, but they are expensive. We would love to have tests donated to our Nueva Vida Clinic and to help organizations like Xochiquetzal get free tests so that we can test people free of charge in 25 minutes or less. If you can help get these tests donated for Nicaragua, please contact us at jhc@jhc-cdca.org -- Becca

Posted by Center for Development in Central America at 2:46 PM

CDCA in the Northwest! 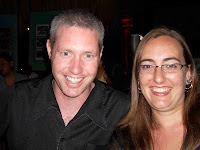 Paul and Becca will be speaking in the Northwest in September and October about the CDCA’s work! Below is our schedule, if you’re in the area, please come hear us speak! If you are interested in organizing a presentation for us, will still have lots of spaces availabe! If you are able to organize a talk, loan us a van for travel or have questions, please write to: becca@jhc-cdca.org. We will be traveling with a 20-25 minute power point presentation fair trade organic coffee, Slightly Twisted Spoons and Nicaraguan crafts for sale.