My Crutch in a Broken World

We don’t usually write particularly spiritual blogs but I (Kathleen) am today. Semana Santa (Holy Week) starts next week, so does Passover. Both Easter and Passover celebrate freedom 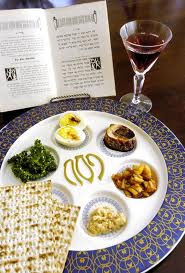 from two different points of view…both equally important to me.

What is liberation theology? Basically it is a belief that the Divine has a preferential option for the poor and that our actions as faithful people is to liberate people from poverty and chains that hold us down in any way we can. The liberation of the Jewish slaves in Egypt…Passover…is a focal point of liberation theology. It is a concrete example of the 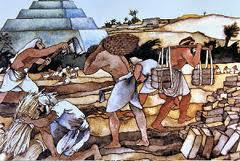 Divine wanting the beloved people to be free at a high cost.

Then the Lord said, "I have observed the misery of my people who are in Egypt; I have heard their cry on account of their taskmasters. Indeed, I know their sufferings, and I have come down to deliver them from the Egyptians, and to bring them up out of that land to a good and broad land… (Exodus 3:7-8a)

The prophets taught that the poor were to be lifted up and a nation is judged on the way it cares for its oppressed. One example of this is Isaiah:

The LORD enters into judgment with the elders and princes of his people: "It is you who have devoured the vineyard, the spoil of the poor is in your houses. What do you mean by crushing my people, by grinding the face of the poor?" says the Lord GOD of hosts. Isaiah 3:14-15)

Knowing of her pregnancy, Mary claimed the goodness of the Divine in relation to th 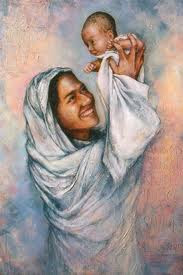 And Mary said, "My soul magnifies the Lord, and my spirit rejoices in God my Savior, for he has looked with favor on the lowliness of his servant. Surely, from now on all generations will call me blessed; for the Mighty One has done great things for me, and holy is his name. His mercy is for those who fear him from generation to generation. He has shown strength with his arm; he has scattered the proud in the thoughts of their hearts. He has brought down the powerful from their thrones, and lifted up the lowly; he has filled the hungry with good things, and sent the rich away empty. He has helped his servant Israel, in remembrance of his mercy, according to the promise he made to our ancestors, to Abraham and to his descendants forever." (Luke 1:46-55)

And then we have Jesus…

"The Spirit of the Lord is upon me, because he has anointed me to bring good news to the poor. He has sent me to proclaim release to the captives and recovery of sight to the blind, to let the oppressed go free, to proclaim the year of the Lord's favor." (Luke 4:18-19)

Therefore as Jews and Christians we are judged, called, summoned to end poverty and free the bounds of oppression. There should be no question on this.

But we as Jews and Christians have failed miserably and there are more people living in poverty than ever and the gap is growing. There are more slaves than ever which leads me, Kathleen, to Easter…the Resurrection.

We have a Christian friend, who said that if this life was all there is then it would be okay with him. But it is not for me…

I look around me and see pain and suffering. People…good, faithful people…struggling to survive each and every day…to just get by and this life is not enough for them…it cannot be.

Another friend commented to me when we were talking about the resurrection, “So it is just a 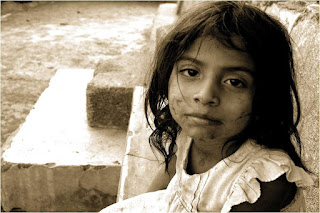 Yes, it is. Knowing or believing that…as we work to ease the burden of poverty in our little section of the world… this life is not all they get. That this life for all the ones who have suffered greatly by our greed, our selfishness, our ignorance, and our lack of empathy and actions is not the end…I have to believe that a time will come in the great mystery of death that will ultimately release them to the arms of a Divine that will love them, cherish them, provide all they need and will have the last word and that word will be good…that is what I need to get by…my crutch…my hope…my own liberation.

Posted by Center for Development in Central America at 3:06 PM

Today is International Women’s Day…a day that is celebrated throughout the world including here in Nicaragua. 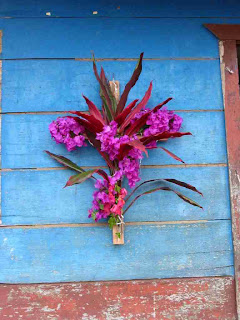 I first learned about Women’s Day in 1985 when I was a part of an all women’s delegation to Nicaragua during the Contra War. We walked parts of the road from Estelí to San Juan de Limay so that mothers of children killed by the contra could plant crosses where their children had been taken off buses, tortured, and assassinated. Due to the violence and terror, the road was usually closed, and families could not pass to visit one another. That day, the road was busy with 60 of us “protecting” them with our U.S. citizenship…families coming and going as fast as they could and then the mothers joining us, telling their stories, and planting their crosses.

We went into the town of Limay and there they had planned for us a celebration of women for International Women’s Day…I learned, participated, and was humbled by these empowered, impoverished women. I learned about the Triangle Shirtwaist Factory fire on 25th of March, 1911 where 146 young women working there were locked in and burned as the factory burned…except for the many girls that jumped 9 stories out of windows. I learned that their deaths made for safer labor laws in the US. I learned all this in the little town of San Juan de Limay, Nicaragua. 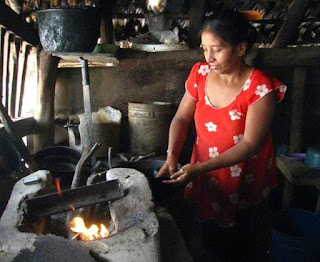 Women are the backbone of society. Poor mothers keep the family going and fed…often detriment to their own health. Often women are the sole heads of households. Women work long hours and then return home to cook, clean, feed, wash, and care for the home and family. It is women who carry the growing population due to lack of birth control and global machismo (estimated 28% of pregnancies are unintended). It is women who give birth to the human race…in pain, blood, sweat, tears and often in death (1,000 women/day). 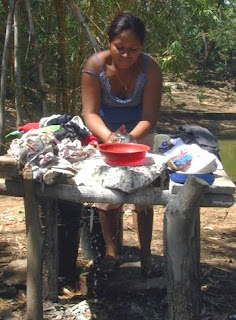 Yet women are paid less than men globally for their hard work and long hours. Women are raped in places of work…be it sweatshops or as domestics. Three out of four modern day slaves are women. Women are still beaten in their own homes and it is culturally acceptable in many, many regions of the world. Almost ½ of the women from 15-49 years of age in developing countries think that wife beating can be justified. And then there are the countries that are U.S. allies that stone women, forbid them to drive, discourage education, refuse them the right to vote, and require them to become invisible in their mountains of cloth with only their eyes looking out at the world that is not to be theirs. 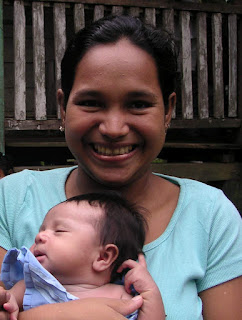 Now let’s make it obsolete…let’s make a world where women are equal. -Kathleen


Posted by Center for Development in Central America at 7:42 AM

The Violence of Poverty

Gandhi said that poverty was the worst form of violence.

The last couple of weeks have brought it to a forefront for us. If you follow us on Facebook or Twitter then you know that people we know and love have suffered from hardships…even more than usual. 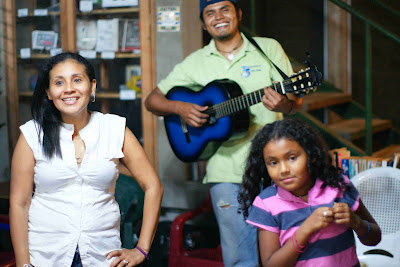 Martha Arriaza from Guitarra Madera Azul, a family group that writes, sings, and performs music (for our delegations as well as concerts around the country), has been in the hospital. She has uterine fibroid tumors that began to block her urethra, causing kidney problems. At one of the public hospitals they “poked” her kidney when trying to drain them. Her husband Luís took her to another public hospital where our Coury interns, and they drained the contusion of one liter of blood. After two weeks she is going home, but will need to remain in outpatient care…we are lending a bed and wheelchair for her until she is strong. Would all this have happened if she had not been poor? It might have, but probably not. Two years ago she suffered for nearly a year with gall bladder problems waiting for an operation, and now she waits to find out about the tumors. 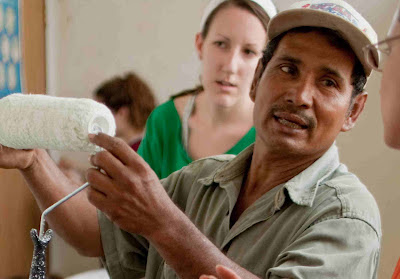 Pedro Mayorga, who works for us in the construction part of our work, and has worked with our delegations since the time the clinic was being built…his son Nilton was killed Sunday night….brutally killed. They all live in Nueva Vida and there are gangs in Nueva Vida. Nilton was brutally beaten to death. Pedro and his wife, Blanca, were with him when he died. Dr. Ávila, who works at our clinic, tended to him in the Ciudad Sandino clinic. Nilton left a wife with a one-year old and a two-month old baby. He was 18 years old.

I am not saying that wealth shields people from heartache, malpractice, violence…but wealth does protect. AND I am not saying that health for all people insures bad care…but in a country that does not have the money it needs to fund health care, it is difficult (if Martha or Nilton depended on private care system, they both would have suffered even more greatly because they do not/did not have the money to pay for it).

For those of you who have met Martha, send her and her family messages on Facebook. You can send messages to Pedro and his family through us at becca@jhc-cdca.org

Posted by Center for Development in Central America at 8:34 AM