It's that time of year again... Sarah's planning her spring speaking tour, and this year she'll be roaming in a big driving loop from North Carolina to Florida and back. She'll also be hopping out to the San Francisco, CA, area with a stopover near Dallas, TX, on her return. So... 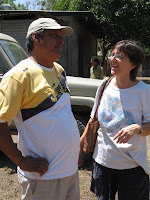 What: Speaking on the work & ministry of the JHC-CDCA in Nicaragua.
When: March 25 - May 25, 2011
Where: the southeast mostly, speaking in churches, college classes, livingrooms, civic groups, preschools, or anywhere else she gets an invitation! No gathering is too small. Contact her directly via email, please.
Why: for two reasons... to share updated information about the work with those already involved and with new folk who might become interested (i.e. education) and for fund-raising. 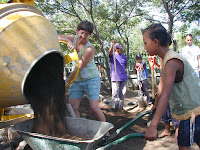 e thing... many many folk are signed up on our database with only their email addresses, which means we have no way to know if you are along the speaking tour route, and we don't know to write you to ask if you'd like to host Sarah, or to let you know she'll be speaking near you. So we need you to write us/her about speaking possibilities, and if you know someone else en route, connect us to them... you see how this is a chance for you to really help.

Also, this link... http://tinyurl.com/4f4rmgx will get you to Sarah's online calendar. You can see where she will be on what dates, and what dates are still open. She will double-bo 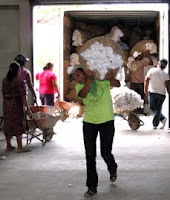 ok, so grab her for a day time something even if she already has an evening something scheduled, and vice versa! She'll keep updating this calendar, so as the time gets closer, times of presentations and contact information will also be available if you can come to something already scheduled.

If you are interested in Sarah coming to your area, here's the bare bones info to share around regarding the presentation information and available crafts (where appropriate):

ica (CDCA), the Nicaraguan project of the non-profit, faith-based organization, the Jubilee House Community (JHC). Before moving to Nicaragua in 1994, the JHC operated shelters for the homeless and battered women in Statesville, NC. Ministering in Nicaragua since then, the CDCA seeks to respond to human needs created by poverty in a nation where 45% of the population lives on less than $1.00/day, the second poorest in the western hemisphere. The CDCA is working towards freedom from poverty, helping communities become self-sufficient, sustainable, democratic entities, focusing its work in the areas of sustainable economic development, organic agriculture, appropriate technology, education, and health care. Sarah says, “The CDCA has been called to work with, and speak on behalf of, the poor in our area of Nicaragua, and to s 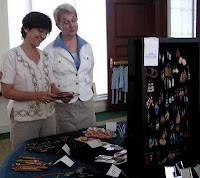 hare their lives and stories with folks in the U.S., to bridge the gap between us and our neighbors.” Proceeds from craft sales go to the operating expenses of the project.
Posted by Center for Development in Central America at 11:05 AM 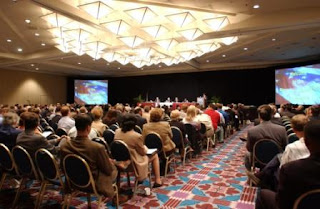 I spent much of last week writhing in agony in a ballroom at a Managua hotel. I was at an annual encounter of project executors for a large international development agency. I spent my days squirming in my chair trying to keep myself from running screaming from the room. What was so hard for me to hear? I’ll share with you a few snippets:

“The middle man must exist, and we have to help the middle man so that the poor can be involved in the economy because they can’t do it themselves.”

“The poor are an unexploited market worth $6 billion dollars a year in Central America alone.” 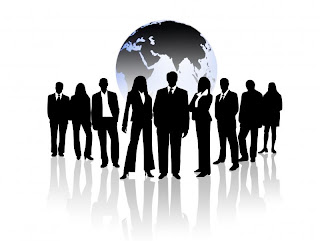 Needless to say, there were no “poor” in that room. Just a roomful of smug, back-patting consultants with knowing smiles and obscene annual salaries. In most cases, these consultants are a perfect example of what Mike refers to as those who “started out to do good and ended up doing well.” They are the ones who think up and carry out “development” projects in Nicaragua, in many cases with the goal of what one mentioned as the need to “maintain our relevance” (read: salaries).

Are these consultants bad people? Not inherently, but they are servants of a system that does not work...in fact it does more harm than good. Yet they believe that they are doing good, which makes many of them self righteous and arrogant and dangerous. Sitting there, I can’t help but calculate that just one year of the combined salaries of the consultants in that room would build three Genesis spinning plants and equip them with machinery, creating jobs for 180 people. I, for one, would happily trade all of them for that.

And what are the projects these consultants are patting themselves on the backs for?

“We just approved a new project with the Free Trade Zone Commission to teach 600 young Nicaraguans English, with the goal that 400 of those will find work in Call Centers.”

“We have a successful project with a financing company to provide factoring to pulperías – the small corner stores in Nicaragua, which they will be able to pay using their cell phones.”

“We are working with large businesses to get them to use small farmers as suppliers, to include the ‘bottom of the pyramid’ in successful companies.”

Are these projects 100% evil? No. There are good aspects to most of the projects, and a few of them are even pretty good in general. What has to be evaluated is who is really benefiting here and who is just being used? 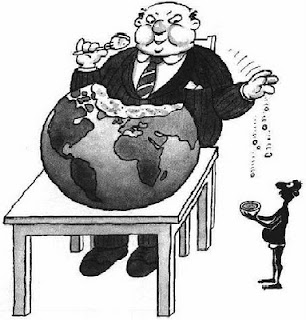 Do the 400 call center jobs really represent – as the development agency continually saying – any new “innovation”? No. It’s the same low-paid unstable jobs for young Nicaraguans that are offered in the textile sweat shops, disguising itself with a polo shirt and air conditioning.

I am not against pulperías having access to credit – I certainly spend a good share of time talking about how important it is to finance small businesses. But let’s ask ourselves why a factoring agency wants to give credit to pulperías? Because nobody else is doing so yet and they are an untapped market. The factoring agency wants to make money, so what kind of interest will they charge the tiny pulperías? This agency received a grant – that they will never have to pay back – and they will make money off of this hand over fist. That ain’t development…That ain’t right.

What about the “inclusive” companies benefiting the “bottom of the pyramid’? Those large companies are benefiting much more than the small farmers who aren’t granted exclusive contracts and are themselves responsible for financing the improvements needed on their farms in order to meet the standards of the large company. What drives these large companies to the project? More money, as the presenter himself admitted. 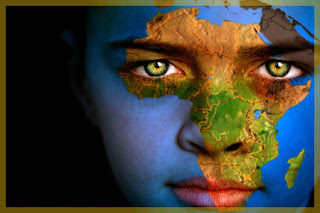 During my week in that hotel ballroom, I heard little mention of the project “beneficiaries,” as the development agencies call them. This word generally refers to the poor people whose poverty is purportedly alleviated through development projects. I loathe the word “beneficiaries.” It calls up an image people who sit back and receive while doing nothing. The women of Genesis are NOT beneficiaries. They are people, owners of their own business, who have made their project work and have made extraordinary sacrifices to do so. They are anything but passive receivers.

All of what I heard was from middle men and about middle men. The JHC-CDCA has spent the last 17 years in Nicaragua getting rid of the middle man – in agriculture and industry – and you know what? It works. I believe there is a place for someone who can connect those who have – money, skills, time – with those who have needs – financing, advice, markets…as long as that connector does not do at the expense of the poor. 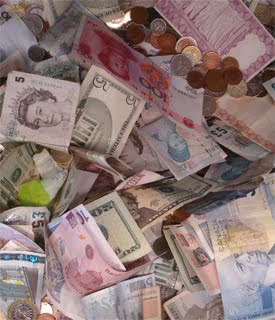 If we focus development on helping the middle man, you will never reduce poverty because it’s the middle man – and his executive cousin the consultant – who keep people poor by seeking to make money off of them.

But we have to take risks. You can’t have systemic change without risking yourself. And we have to share those risks with the poor…the poor as owners, agents of their own destinies. No middle man required. – Becca

Posted by Center for Development in Central America at 12:09 PM