Water: the Gift of Life 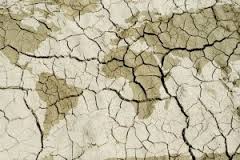 Staying in California during last year's drought, I experience a concerted effort on the part of the state government to limit people's use of water.  Lawns were drying up and in Sacramento the city government was asking people to water their trees not their grass, because trees help hold in water and if the trees died...well, you get the picture.

Currently, 1.6 billion people live in countries and regions with absolute water scarcity and the number is expected to rise to 2.8 billion people by 2025.

One of Nicaragua's richest resources is its aquifer, the largest in Central America.  During the neo-liberal years when the government was trying to privatize everything (public schools, health care, electricity, etc.) they also tried to privatize water.  There was even talk of selling Nicaragua's water to the west coast of the  United States.  Fortunately the Nicaraguans rose up, hit the streets and blocked the privatization of its water. 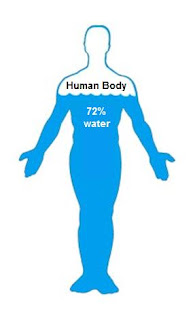 Thankfully-- they did because after the last two years of drought, Nicaragua lost 60% of its surface water and 50% of its underground water.

With climate change, droughts are going to be a greater and greater threat to life in larger and larger areas of the world.  Our bodies are made up of 72% of water.  Polluting water and wasting water seems to me to be counter-productive to life. 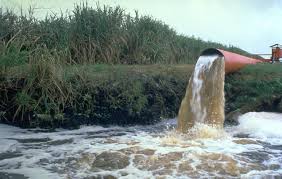 And yet many U.S. politicians want to do away with the Environmental Protection Agency, while here in Nicaragua the two largest polluters of water, sugar production and gold mining, go unchecked. 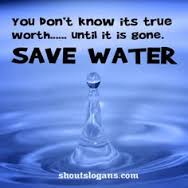 I heard a college student talk about trying to make the campus more environmentally conscious by asking students to limit their showers to 20 minutes!  While I am not like one of our early volunteers when we ran shelters in NC who, I decided, could take a shower with a thimble of water; 20 minutes is a lot of water going down the drain.

What is it going to take for us to learn and change our ways?

Posted by Center for Development in Central America at 2:45 PM

Food, the Hungry and Our Ozone

When we ran shelters in the U.S., people would clean out their freezers and pantries and give the contents to us.  I remember pulling out a package of meat labeled "Betsy" and REALLY hoping it was beef!

Over time, though, the food would get so freezer-burned that it was time for even us to toss it BUT we had to wait until Mike went on a trip, because Mike hates food waste...he is not wrong.

The facts given in this blog come from an article in The Guardian.   I strongly urge you to take the time and read the whole thing... here are highlights:

Half... HALF of all food produced in the United States is now thrown away!

Globally 1/3 of all food is wasted.  If all the food tossed in the world for a year were stacked in 20 meter dumpsters.  It would take 80 million dumpsters.  Piled on top of each other, the bins would be so high and long that they would go to the moon and encircle it!

This is wrong.  In a world of hungry people, this is just plain wrong. 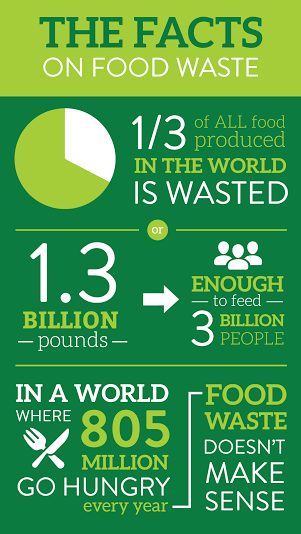 Why the extreme amount of waste? 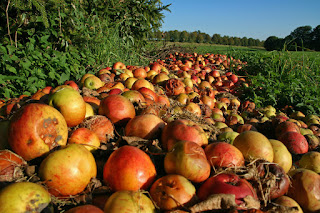 Old food in land fills causes methane gas that contributes to the depletion of our ozone... and heats up the planet.  Methane gas is more harmful to our ozone than the carbon monoxide created by transporting the food and all the garbage.  Dealing with garbage is getting to a crisis level... polluting water and air.

How is food dealt with here in Nicaragua?

Most grocery stores, markets, and restaurants sell their bad food to pig farmers.  Most people who shop in markets or grocery stores know that food is not perfect and will buy blemished fruits and vegetables.

Long ago I learned how to use leftovers creatively, cooking for shelter guests on next to nothing for a food budget .  It became a contest for me... how to take 5 servings of chicken cordon blue from Davidson College, 2 frozen chicken legs, 50 ears of cattle corn, and 60 pounds of almost rotten tomatoes to make one yummy casserole for 70 people.

Here I have learned that almost any vegetable when looking limp and sad will perk right up in water.  Slice lettuce, cabbage, carrots, etc.  put them in cool water and in an hour they are good as new and a wonderful salad is served!

We frequently end up with  leftovers, because when we have delegations it is a crap shoot as to how much they will eat... sometimes even I cannot use them all.  When that happens we give food to our staff, to neighbors in the village, and IF it goes bad then into the compost pile it goes.  None of our food goes into a land fill.

There is no reason for the amount of food that is wasted and with the number of hungry growing and the ozone shrinking... the only right action is to change our food habits and advocate for better food policies.
-Kathleen
Posted by Center for Development in Central America at 1:31 PM