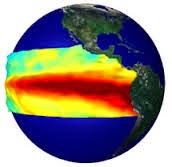 Within the last week we have learned that the world is looking at a second year in a row of El Niño, the weather phenomenon of the warm Kelvin wave moving west to east across the tropical Pacific.  I don't pretend to be a climatologist or meterologist so I listen to those who are and try not to panic.  Why?

Last year little Nicaragua had the worst drought in 32 years because of El Niño.   2014 was the hottest year recorded.  This year is predicted to be even hotter.

The last time the world experience two years in a row of El Niño was 1998, the hottest year in the 20st century with the deadliest hurricane of the 20st century, Hurricane Mitch.  Hurricane Mitch left Honduras and Nicaragua with nearly 11,000 dead, over 11,000 missing and 2.7 million homeless.  Nicaragua is just now recovering from it, though families still grieve the dead and missing.

The general trend of warming of the earth's surface is considered by the vast majority of scientists to be caused by the greenhouse emissions that are being pumped into our atmosphere…and this pumping is a result of humans' use of machines, agriculture, and the way of life of those of us who are consume much more than the poor.  There are scientists that say there is no turning back only slowing down the trend of the raising of the GLOBAL average temperature, the rise of the ocean’s temperature, the melting of ice caps and glaciers, the rising of the sea level, and the increase in droughts, tornadoes, and category 5 storms.

Who is hardest hit? The people living around the seas and around the equators; in other words, the places where most of the desperately poor 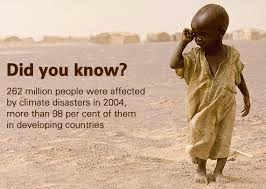 live…those who have little to no safety nets.

The United States, my home country, has been one of the highest producers of greenhouse emissions in the last century and a half (see below for current producers).

It is amazing how little responsibility we as a nation have taken remedy the crisis, let alone acknowledge that we have a grave problem.  Recently two states, Florida and Wisconsin, banned state employees from discussing or working on climate change.

Obstructionists like those in government, these states, and corporations have this bazaar notion that they can do whatever they like within their own boundaries.  It is their property, their nation, their business, their profit…their space.

If the rest of the world could send these obstructionists to their rooms and close the door…let them make a mess of their own space…then that would be one thing, but we live together not in the same house but in the same room on 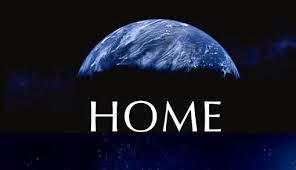 this rock flying through the solar system.  There is NO "your" space and "my" space…there is only OUR space and WE all need to have a say in keeping OUR home healthy and livable...especially for those suffering the most.

Posted by Center for Development in Central America at 12:05 AM

I was a white girl that grew up in the South (U.S.) in the 1950s and 60s.  Racism was an integral part of my life though I did not feel the brunt of its insidiousness… I was white.

Racism is everywhere…everywhere.  The CEO of Starbucks wanted people to talk about

racism…over a cup of coffee.

Here in Nicaragua, the land of coffee, most of the people are different shades of coffee color from con leche to negro, there are though a percentage of the population who carry the lighter skinned gene from Europe.  These people are valued.  Doors open for them.  They win the beauty pageants.  These are the wealthiest people and the most successful.

I and my family carry that European gene.  Doors open for Mike more than they do for César.  We are more likely to get the benefit of the doubt from those in power.  People always thought our boys were so beautiful…well, they were…but not more so than all the brown boys and girls running around.

One example of this white craziness happened when Joseph was born.  The obstetrician and pediatrician came to our home for the birth and assured Mike I was in good hands because they were European…Mike said, “I thought you were Nicaraguan.”  “Yes, but…um…well, you know.”  Mike said, “I know you're racist.”

Racism is not prejudice…though that can be a part…racism is one group of people exacting power over another because of the color of their skin.  Racism is a part of us...and we, who are part of that system of power, need to begin to:

In Martin Luther King’s Letter from Birmingham Jail in 1963, some of the harshest words he spoke were to white moderates.

Dialogue is all well and good.  Having active conversations on Facebook is enlightening but…but…it is time for us, white folks…us, of European descent…to change.

In the words of a friend of ours, Mab Segrest, we must choose to be like her and become race traitors, because – I think – the most insidious aspect of racism is that we who have the power lay the burden of change on those who already have little power and are struggling to survive.
Jesus said we must give up power…we must become servants…he put the burden of change on us.

It is time to put our vote, our voice, and our actions with all those people who have the skin color of coffees…time to move to the other side of power.
-Kathleen
Posted by Center for Development in Central America at 5:26 PM


Joseph, our youngest, went with me to the grocery store to buy food for a delegation supper.  The night before Mike, Daniel, Joseph and I had talked with a group of high school students from Houston about our work, Nicaragua and poverty among many other topics. One student asked if it would be helpful to Nicaragua to have the U.S, a superpower, lend aid in helping Nicaragua sort out its internal problems.  This was the question Joseph and I discussed that led Joseph to explain to me that maybe there is a perception that the U.S. is a superpower…like Loki or Superman.

What a unique perspective!  This was a brand new concept to me…and one that rang ominously true.

The whole world does refer to the U.S. as a superpower and most of the time this is not a good term.  I tend to think of 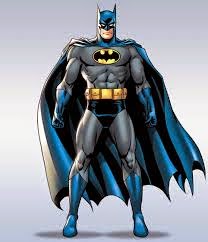 our nation as a kind of Batman with more money than we really know what to do with so we end up with the most sophisticated weapons…and then we sit down to play chess.

We set up the pieces and we play with the world either watching or being part of the game itself…and that is our superpower, to move the pieces on the board in the manner we think is best.

The problem with chess and with superpowers is that the rooks and other lowly pieces are expendable…they can be sacrificed for the betterment or security of the “king” or the powerful.

Sacrificing the “rooks” goes against the super hero code…it is the lowly and the vulnerable who are saved by the Super Heroes.  Chess also goes against most religious beliefs and humanistic thinking. 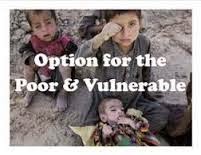 Chess, though a great game of logic and competition, is not a game for people to live.  It is not a game for those of us who hold to the concept of the preferential option of the poor…that the poor are loved and we are called to live our lives opting to side with the poor.  The poor are not expendable.  They have been sacrificed enough for power and wealth and gain and the game needs to end a different way.

Maybe the best way for us, the U.S., to change our Super Power status is to use our wealth for the betterment of others…look for ways to side with the poor in our nation and in our world…use our technology not to enhance our Batmobiles or our Batcave or our weapons but use our technology to lift up the poor, the vulnerable, the oppressed…and use our knowledge for good not for check mate...who knows we might actually achieve peace.   -Kathleen

Posted by Center for Development in Central America at 6:00 AM


Our grandchildren were here at Christmas and I had forgotten just how curious they were.  “Why does Bella (the monkey) use her feet to eat her banana?”  “Why does the dust blow?”  “Why doesn’t it snow in Nicaragua?’  “Why does nuclear fusion need water to cool it down (yes, THAT question came from the almost 7-year-old!)?”  Why?  Why?  Why? 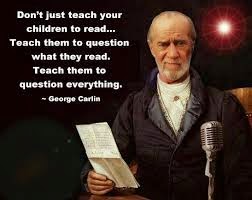 Children have an innate need to question.  If they are allowed, they will ask the tough questions…the “whys” over and over and over while they try to grasp an understanding of this confusing world.  But more times than not - as tired adults -the impatience wins out and we squash that unique aspect that makes us human…that part that wants to make sense of our confusing world.

I am more and more convinced that one of the greatest maladies of the world today is that we do not question and when we do, we do not ask the right questions.

In college I had two professors, Margaret and Ace, who challenged me to question. They took our Bible class on a poverty tour of Atlanta.  We started with an opulent neighborhood and moved to the slums of Atlanta where we stayed in a church made up of poor people.  Seeing the contrast within a mile of each other was like someone throwing a bucket of water in my face.

Margaret and Ace challenged us.  Why was there poverty?  Why were those people in Atlanta poor and we were not?  Even more importantly, what were we going to do about it?


I, like my grandchildren, have many questions and here are just a few: 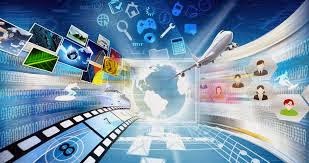 And then there is the most important question of all:


What am I going to do about it?

Posted by Center for Development in Central America at 6:00 AM