If you read our blogs you might be picking up a feeling from me that we are feeling a bit overwhelmed.  You would not be wrong. 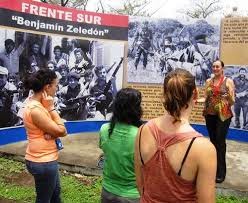 We have hosted many groups lately and, unlike most organizations, our groups stay with us…in a separate building, but with us nonetheless.  As an introvert, having that many people…though wonderful…is energy draining. 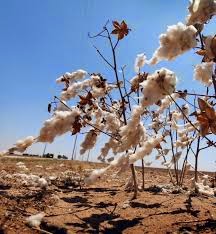 Our agriculture projects suffered from the drought…in fact, there was no cotton harvest this year, so there is no ginning process, which means no employment for those 25 seasonal workers at all, and on top of that we have had to figure out how to repay the capital lent to those farmers.

The sesame plant is working, but trying to get all the processing going completely smoothly takes time and practice.  With each error, lots of money goes down the drain. With money lost, we have to figure out how to repay lenders, let alone all the farmers. 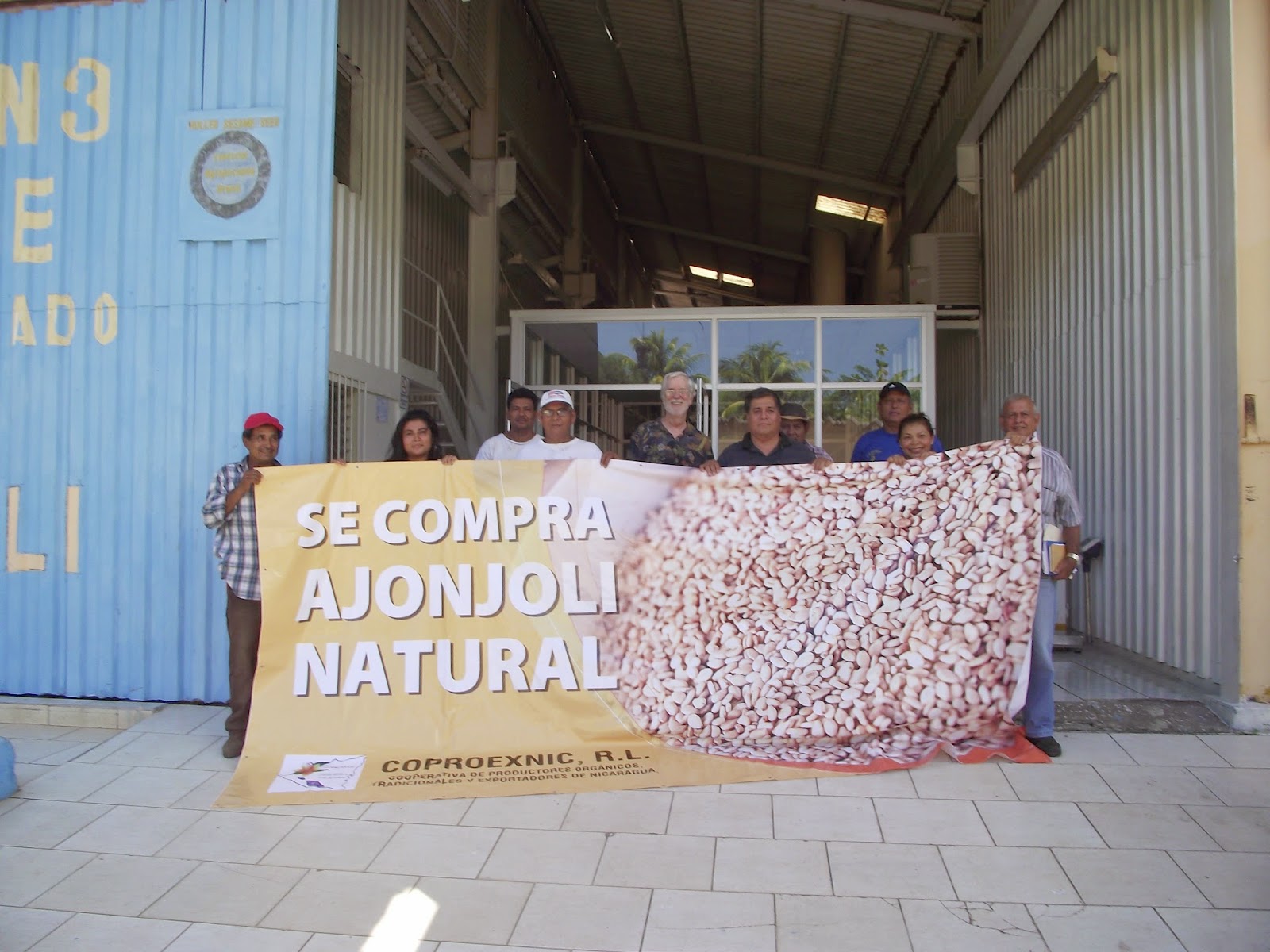 There were issues with the peanuts and the processor which requires more work, and figuring out what kind of loss might be involved, and again, how to pay the farmers.

We have been extremely short-staffed.  Out of our total 25 staff members we have had one away on a speaking tour, two away helping their mother in the hospital in the U.S., one away IN the hospital herself,  one in meetings for 7 days, one out on recovery leave, and one in and out of the sick bed…almost a fourth of our staff away in this busy time.


On top of all that, we have court cases to deal with, cars that were wrecked, a phone company complicating the process of not renewing a contract, shopping to be done for 40 to 45 people, schedules changing, the intense heat of summer, etc. etc. etc.  Needless to say, we are all on edge. 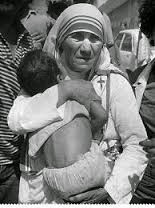 Mother Teresa said, “I believe that God does not give us more than we can handle.  I just wish he did not trust me so much.”


-Kathleen
Posted by Center for Development in Central America at 6:00 AM 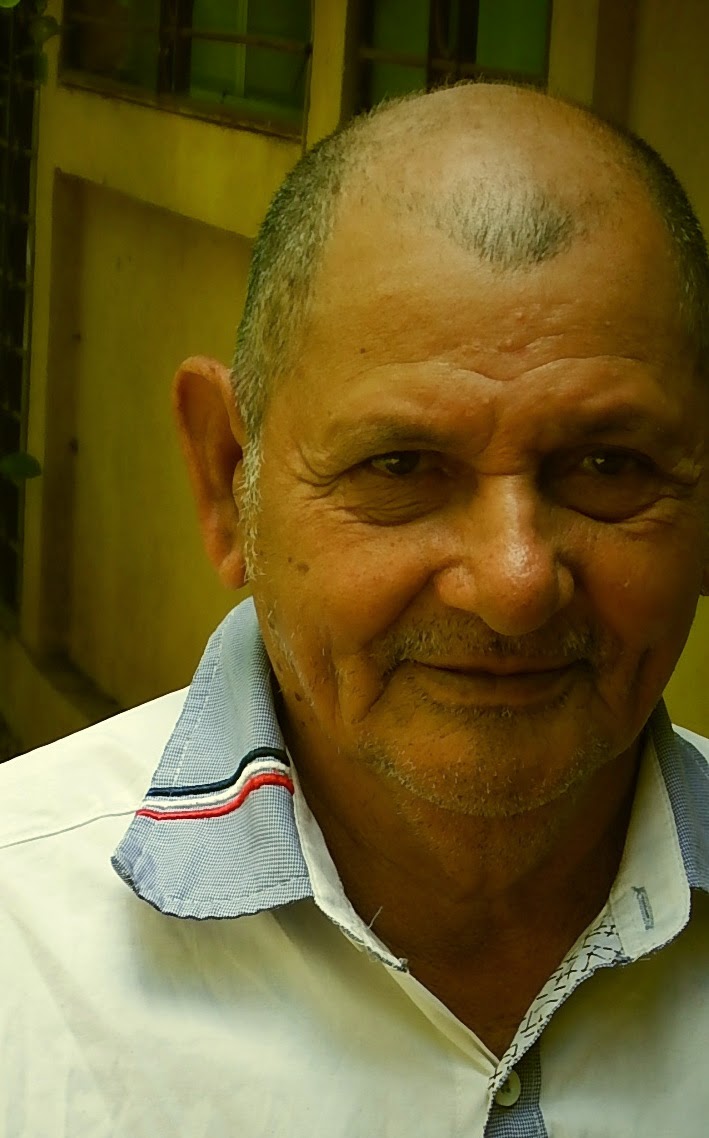 Every workday…and many weekends…we are greeted by Don Gre* who has been diagnozed with schizophrenia.  He is on and off his meds.  He is an older man and since our first year in Nicaragua he has been in and out of our lives…more in than out.

He comes by daily and makes proclamations about political issues, our work, the United States, Cuba and Fidel, Presidente Daniel, and the Bible…he loves for us to read to him from the Bible he carries everywhere. For the last few months instead of just making his announcements, getting a glass of refresco, and wandering away, he is now staying in our office lobby most of the day. 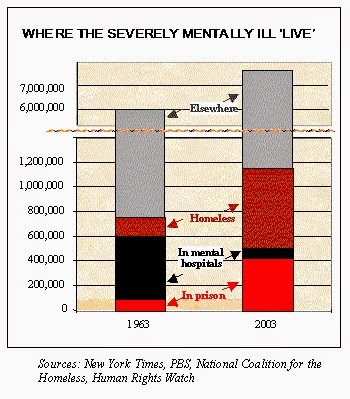 In the 1980s living in North Carolina we started three different shelters.  During that decade the Regan administration pushed to get the severely mentally ill out of government-run mental hospitals - where many of said hospitals would terrify a sane person, let alone a mentally ill person.  Supposedly the mentally ill would be placed back into their local communities where they would receive care.  This would have been a great idea except there was no funding in the communities.  Vast numbers of the mentally ill ended up on the streets and in our shelters. 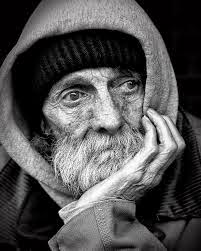 Families could not cope with family members with paranoid schizophrenia, seriously bi-polar condition, and psychoses.  The local communities were way over their heads.  So many of these people were ridiculed, laughed at, shunned, and ignored.

Now I am in Nicaragua and - let me be quick to say - I would not want to suffer from a mental illness here because there is little to no resources to deal with all the problems that arise...little money for medications,therapy, or in-patient care...but at least in our office, Don Gre is treated with respect and kindness. 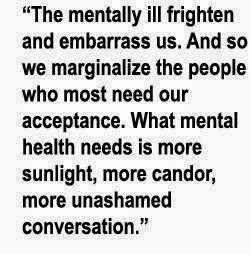 All of us inwardly sigh deeply when he has interrupted the work for the 10th time that day to explain something or ask us to read some passage.  Becca says that she has gotten better at Bible Races** looking up verses for him.  Mauricio who works with the agriculture cooperative will stop what he is doing if he thinks Don Gre is getting agitated and sit him down and say, “Let’s read the Bible together, Don Gre.”  The hospitality crew fix refrescos for him and are ever so gentle with him.  And our sons greet him and shake his hand.  When he comes to our health clinic for his acute care he is treated with love and much tolerance.

All the kindness shown to Don Gre makes me proud to be part of this staff.  How we treat those who suffer more than we do is the measure of a people…of a nation...of a staff.
-Kathleen
*The “o” in Don is like “tone” and Don is a title of respect.  “Gre” is pronounced like “grey”
** A game to see how fast one can find a verse in the Bible

Posted by Center for Development in Central America at 4:19 PM 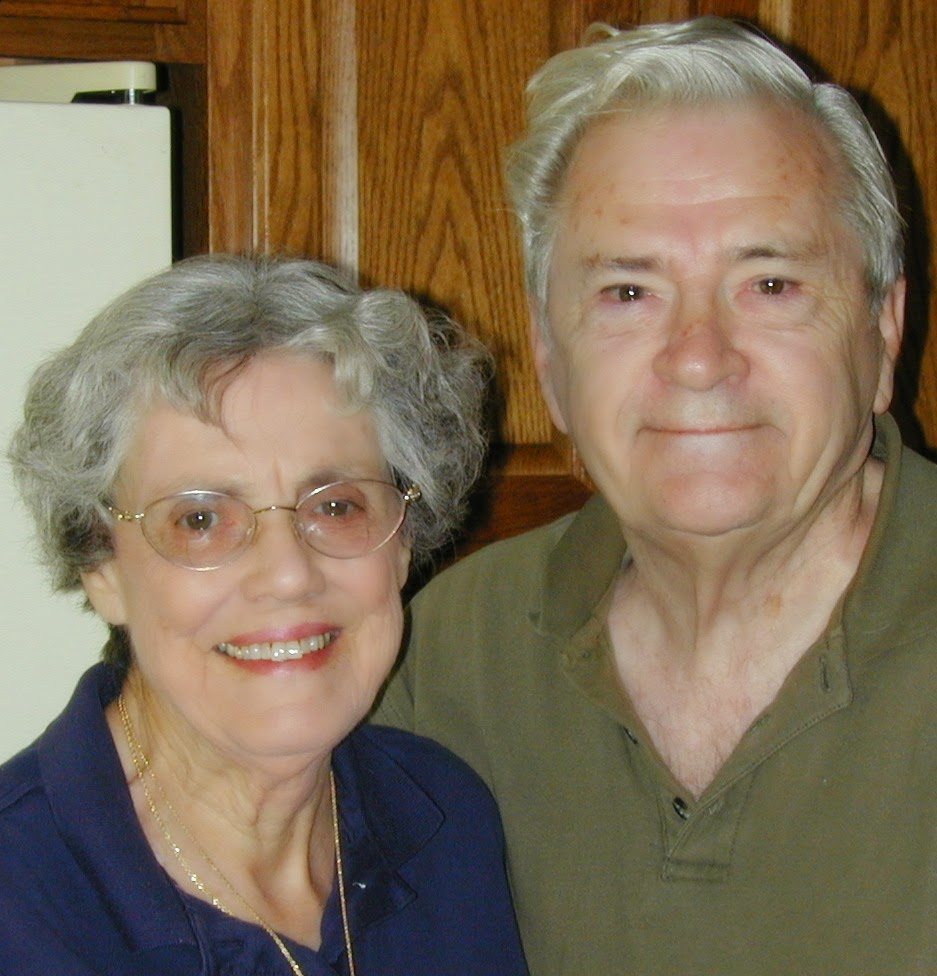 My father has dementia and my mother, Peggy, is extremely grateful that she can manage his care at home because she can afford to have someone come in the mornings and evenings to help her get him in and out of bed, someone who helps him exercise three mornings a week, and someone who cleans once every two weeks.  (Plus my brother is close by.)

Mama frequently comments on how these care-givers live on the edge and how her eyes have been opened to just how awful life becomes for them when something goes awry in their lives because they are poor.  On occasion Mama has housed them, lent them her car, given them tips, and given them extra hours when they are strapped. 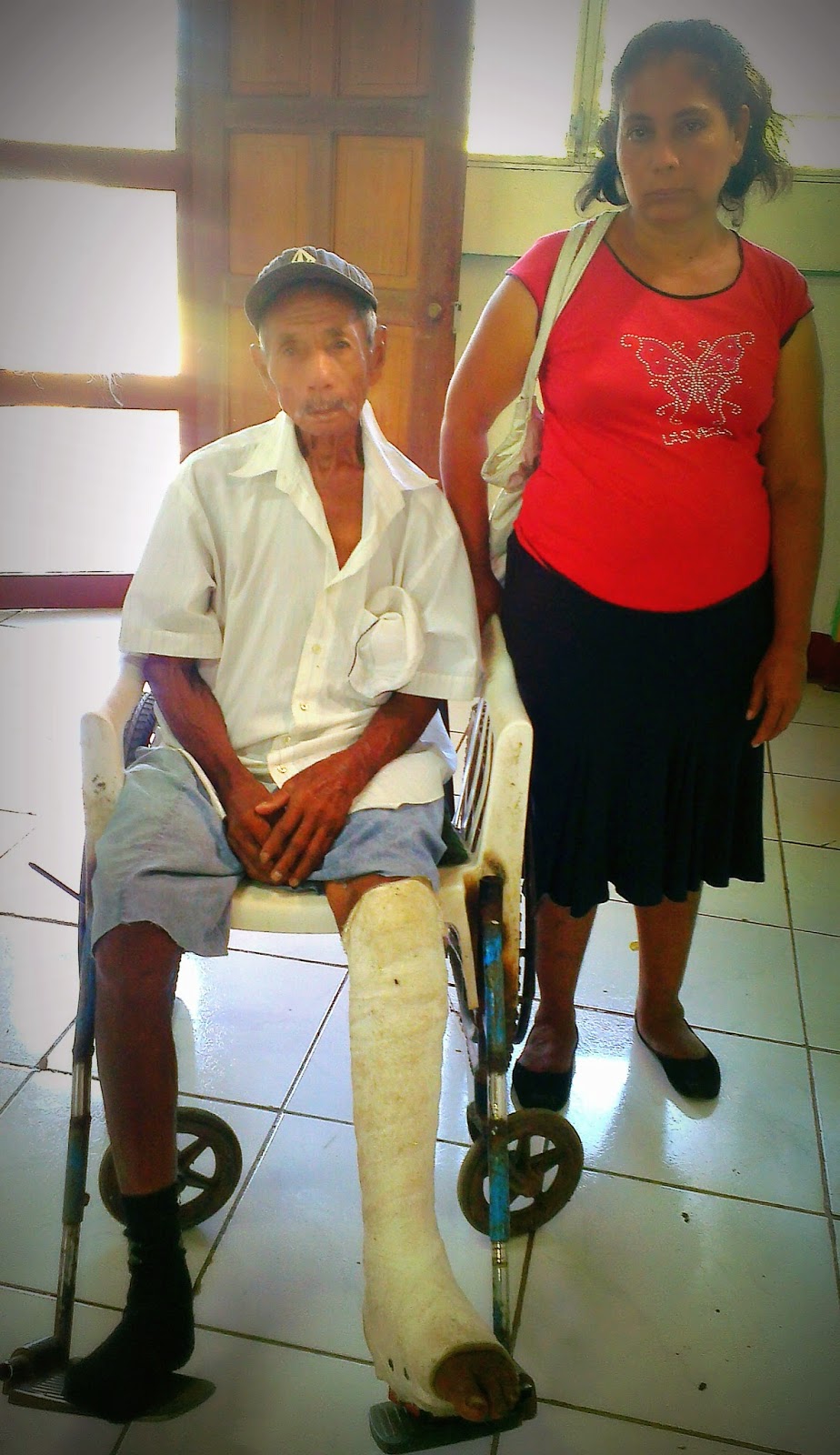 The patients in our clinic definitely live on the edge.  This man has little to eat.  His daughter cares for him.  It is hard to see but his wheel chair is rigged with a plastic chair because the wheel chair broke.

You may remember the grandmother who cares for her two HIV positive grandchildren because the mother has abandonded them…well, now Doña Lucia is also caring for her daughter as she dies, because her HIV has developed into AIDS…it is too overwhelming and yet, Doña Lucia copes.

Lately, I feel that our own lives -- finding money, dealing with jerks, and day-to-day craziness -- are just too stressful and I am convinced that I am burnt out…to a crisp…to an ash…and then I see how the poor keep on going. 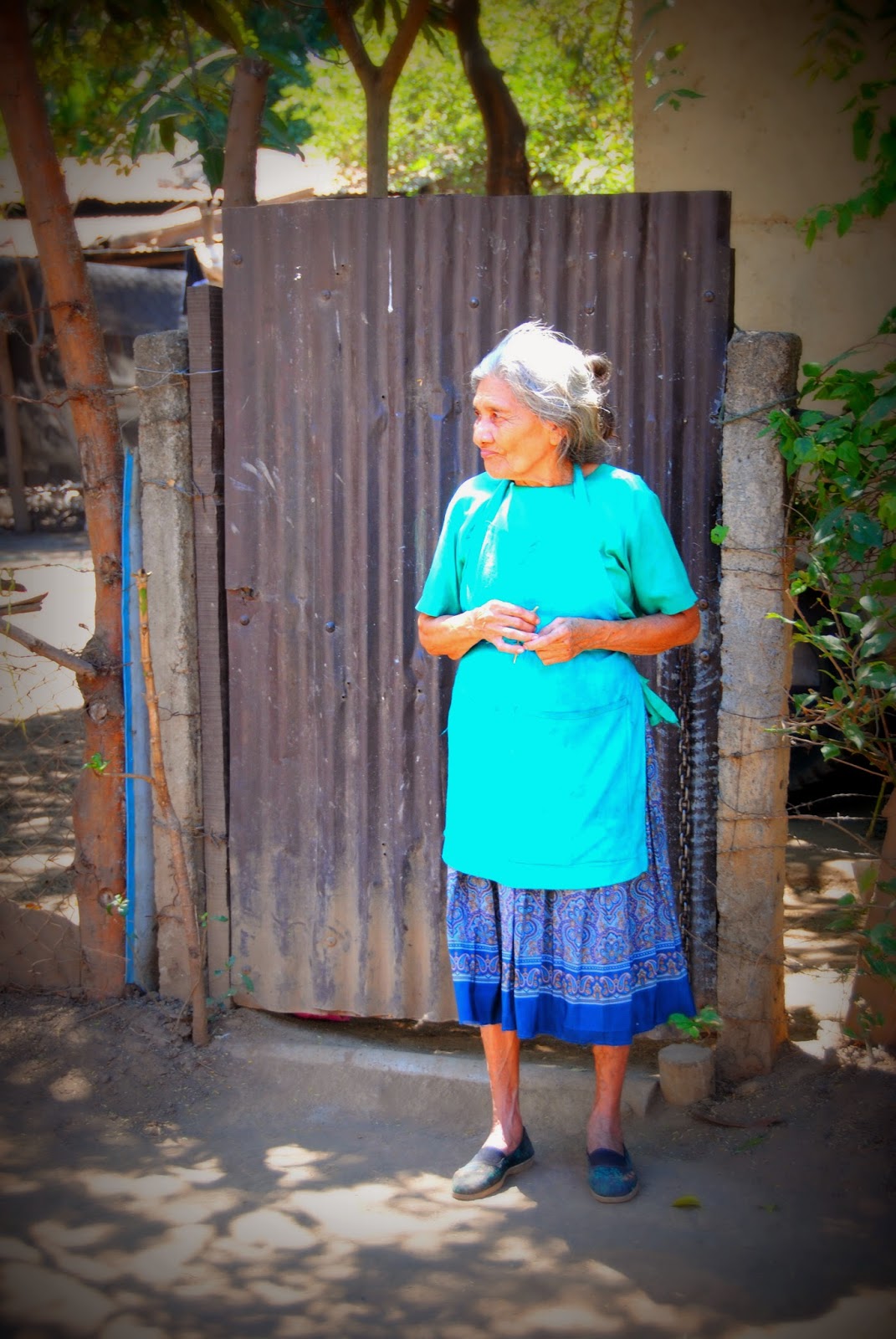 Let’s be clear…not all do.  Some give up.  Some turn to the bottle, glue sniffing, drugs.  Some leave their children with their grandparents and run away.  Some commit suicide.  And who can blame them?

My stress looks puny when I see the daughter with the father in the rigged wheelchair.  I feel unworthy of feeling completely overwhelmed when I think of Doña Lucia’s life.  But mostly…

I see the light - not at the end of the tunnel - but in the tunnel itself when I look at the determination of these extraordinary people that our clinic serves as they carry on the best they know how…and sometimes that is the best that they hope for…to carry on. -- Kathleen
Posted by Center for Development in Central America at 12:10 PM 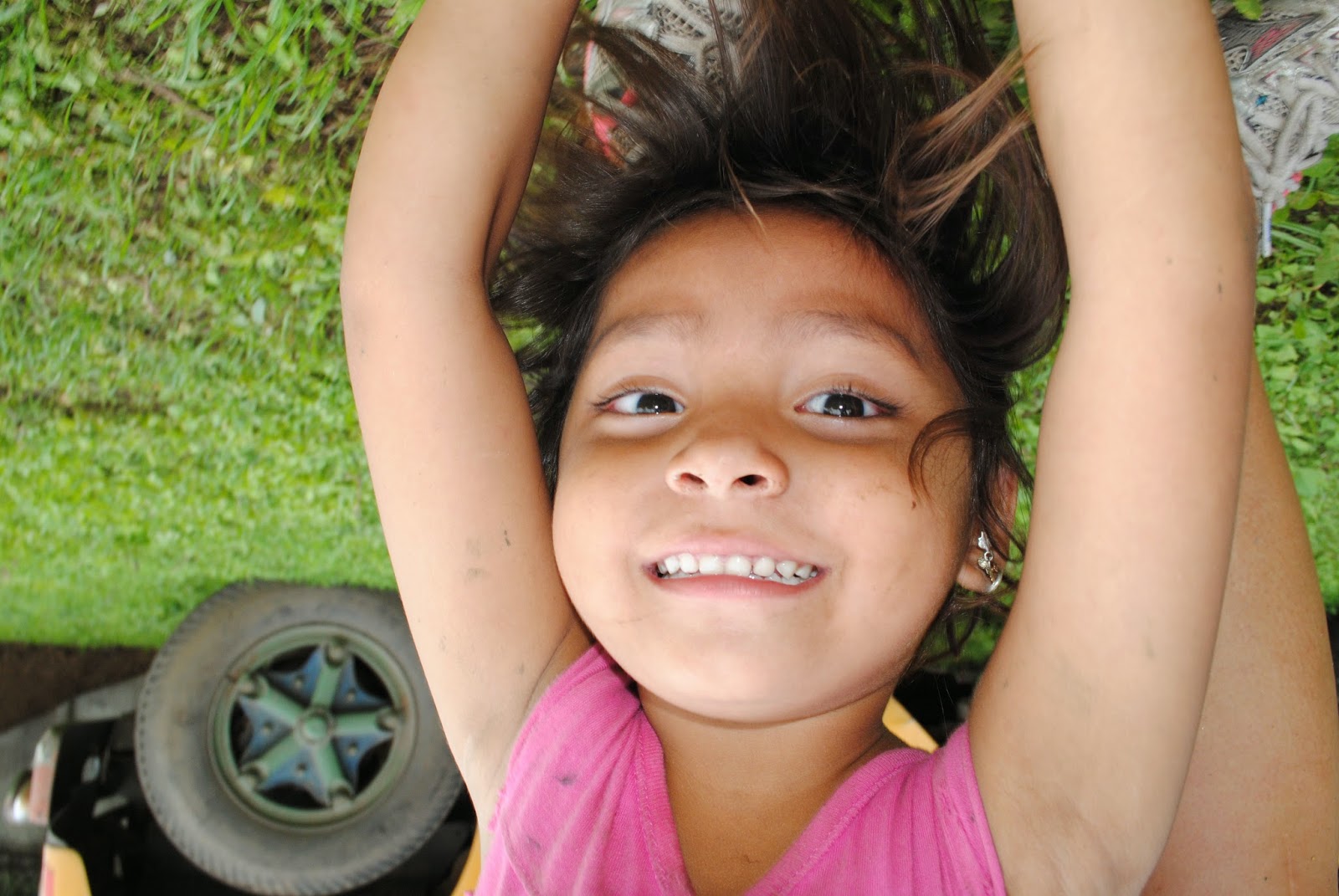 Lately we, the staff of the CDCA, have been fighting all sorts of battles that, frankly, we really don’t have the time or the money to deal with.   It has sucked all the energy out of me.  Small tasks become monumental.

We deal with wealthy people trying to take advantage of us; like the case to take the property of the CDCA, which costs money for lawyers, time, and energy that can be more productively and more wisely spent trying to work to ease the burden of poverty and even trying to end poverty for some…

We deal with people trying to get blood out of a turnip because their own turnip is dry as a desert, and we are paying more money for lawyers, more time and more energy…

And we deal with people who just “don’t get it”…sometimes we call it stupidity, but it is worse than that…it is deliberately putting blinders on one’s self so that one’s own tunnel vision becomes reality. 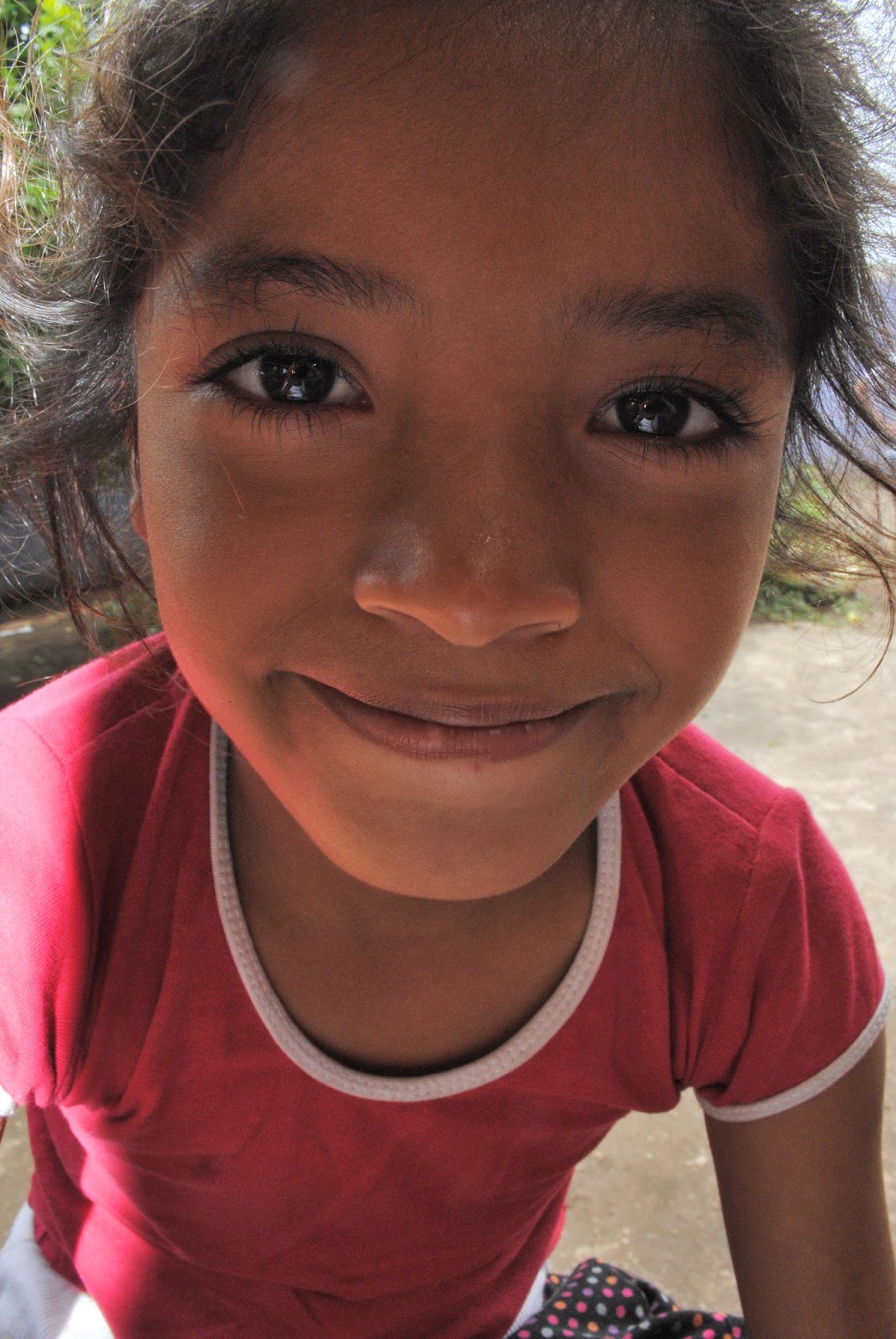 In this year - young as it is - my frustration has been at an all-time high.  My response has been to either suppress the building rage, or do little doggie snaps at people, or do nothing at all.

I am a fairly self-aware person, but it took me awhile to realize my feeling for certain people has been hate…pure and simple.  I realized one afternoon with a slap-me-in-the-face clarity that what I felt was hate.

I have not felt hate much in my life…really.  Anger, yes.  Hate, not so much.  But when I do feel hate…it comes on me with a vengeance…it burns inside of me and eats at me.

While writing the presentation that Sarah is now using to talk about our work, I needed some inspiration.  I had only felt negative about everything and the deadline was coming down to the wire. I decided I was going to Google some quotes to see if I could get more positive…I was THAT desperate!  And there it was, amidst all the quotes:

I have decided to stick with love.  Hate is too great a burden to bear.
-- Martin Luther King, Jr.

Hate is a heavy, heavy burden to lug around.  It paralyzes.  It weighs one down.  It is an acid that slowly eats away all the goodness in the world. 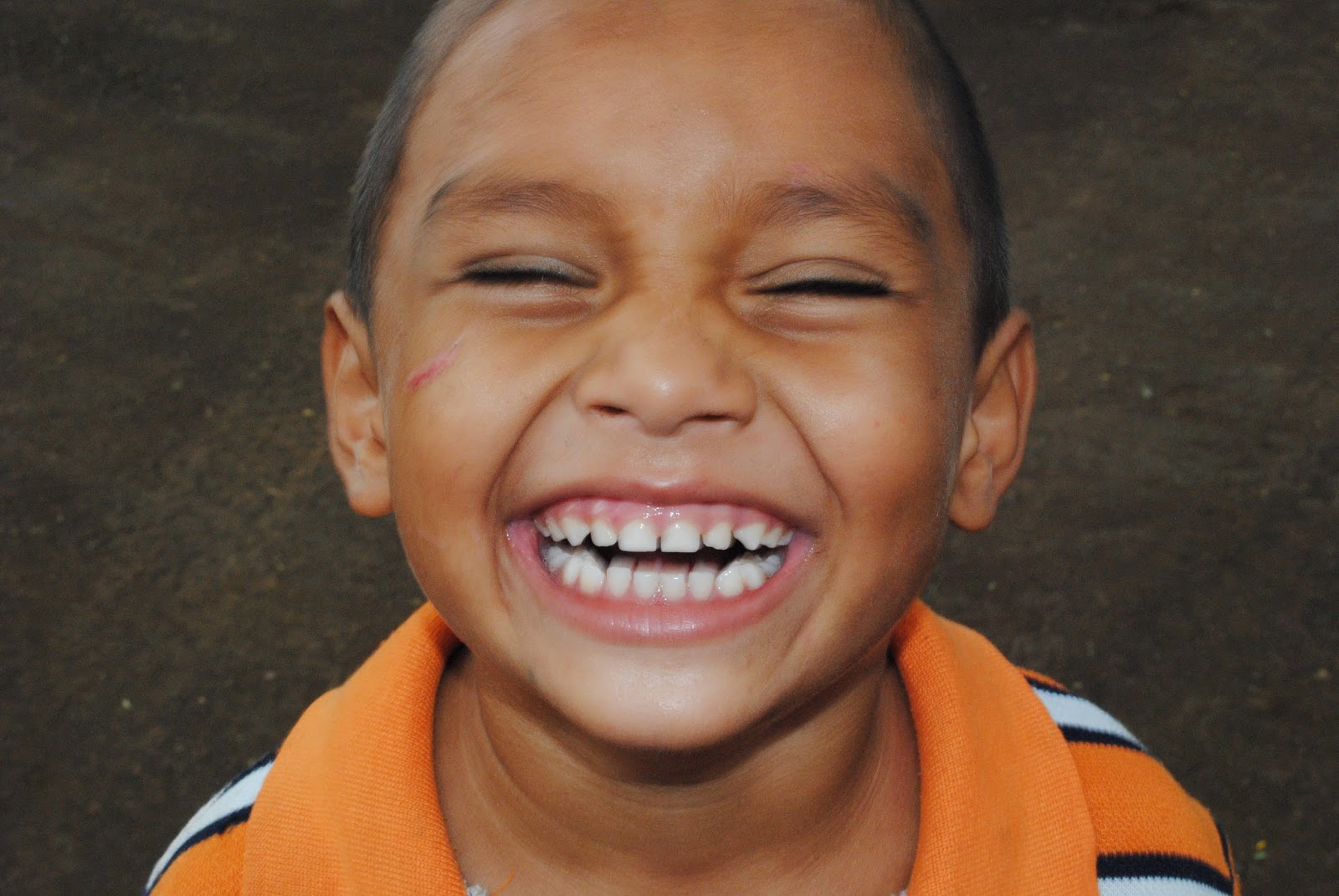 In that moment I realized that hate is too heavy for me…I can’t carry it any longer… I, too, had best stick with love.

I sat down and wrote the presentation. -- Kathleen
Posted by Center for Development in Central America at 3:54 PM