Tomorrow is Thanksgiving and there are more reasons to be thankful than we can count.  We have good friends and loving family here and abroad.  We have the necessities to live and we have luxuries like internet and computers.  We have wonderful people we work with day in and day out.  And we have supporters like you who keep this Center going.

We have a doctor who when a special need arises will give through his family foundation…he has rebuilt the volunteer bus, hired a nurse for a year, and is helping the orthopedics program…and on top of all that, he volunteers. 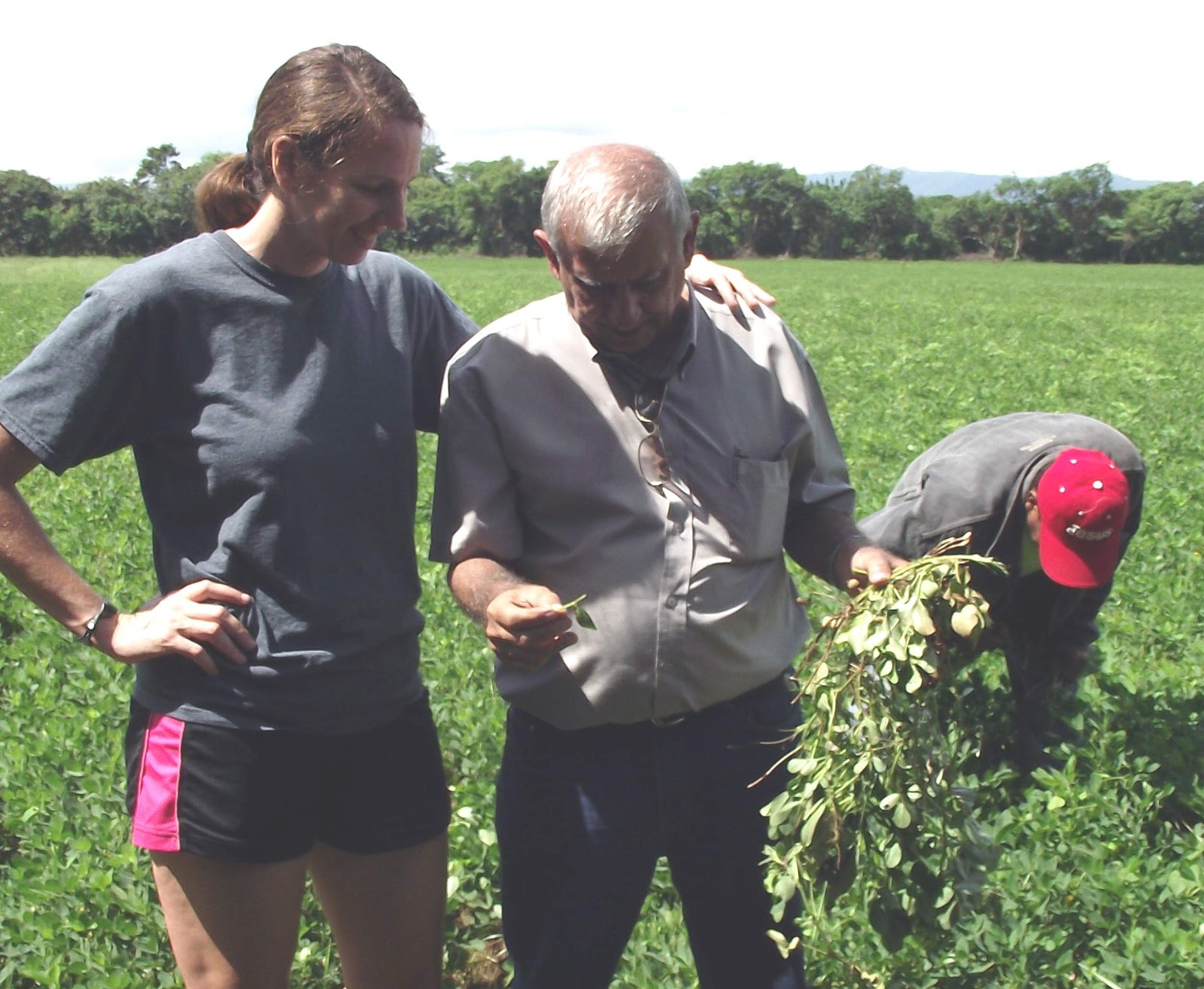 Once Again Nut Butter supports our growers giving them fair prices, negotiates face-to-face, and has even given to the Center’s budget by donating part of their tahini proceeds.  Their-Bucks supports the coffee growers, also gives farmers fair prices, negotiates face-to-face, and when they were here last fixed the Center’s water pump which lowers our costs. 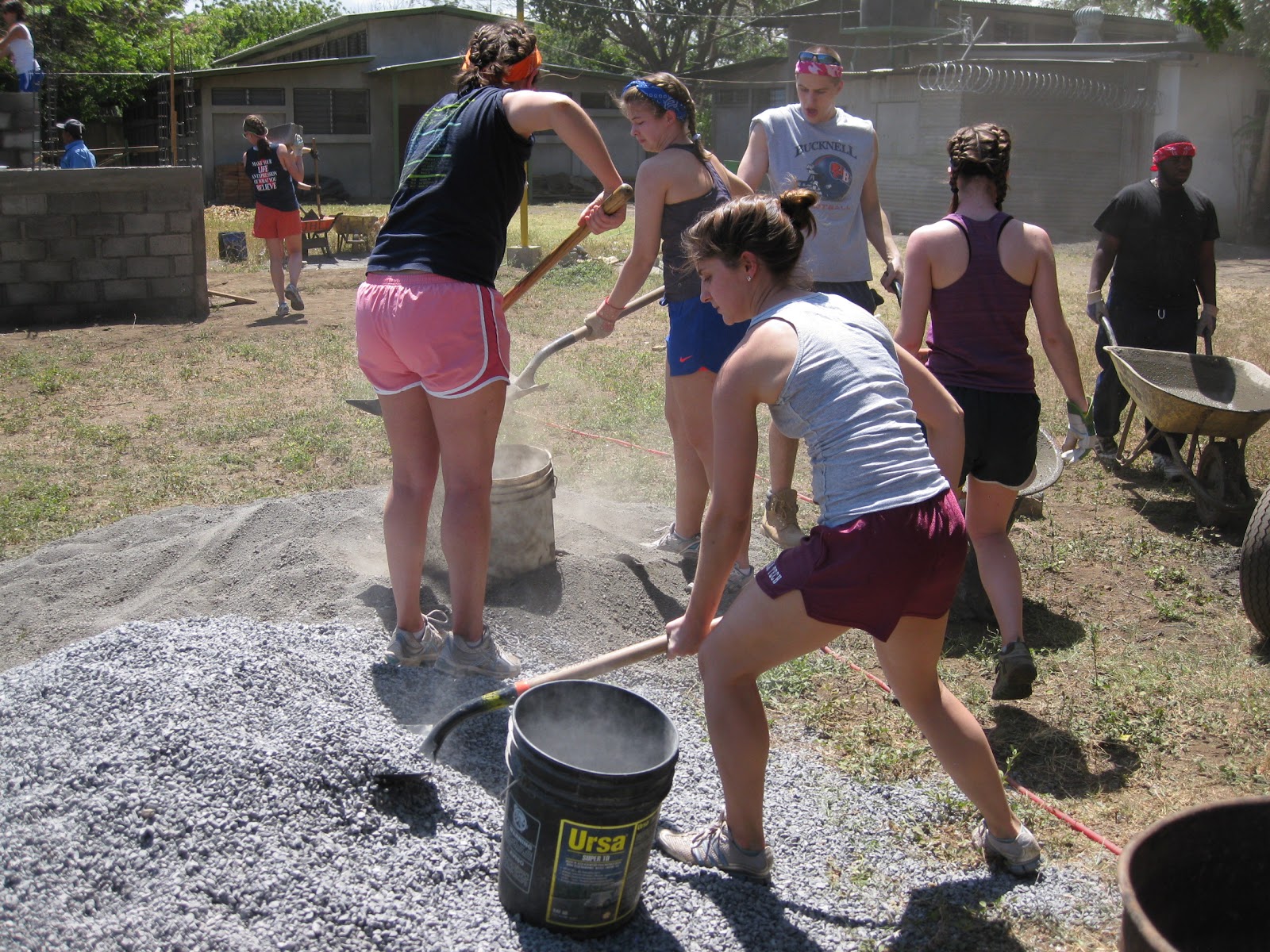 Students at Bucknell raise funds all year round to support the clinic.  They have fund raisers and sometimes they raise the equivalent of one year’s tuition at Bucknell and - believe you me - that is no little change!

We have donors who faithfully give monthly.   We have a few who tithe to the Center.  Some respond to each newsletter with comments and gifts.  We even had a donor, Georgia Quirk, who has supported this work for years.  She began generously donating quarterly, and in the first part of this year she sent us a check for her whole pledge for 2012 stating it was her last gift, because she found she had stage 4 cancer.

It was not her last gift.  Her last gift to us was her love and encouragement for us to keep up the good work.  She always wrote the sweetest notes to us that just warmed the cockles of my heart.  We just learned she died on September 12.  We will remember her with gratefulness.

On this Thanksgiving we thank you one and all!

Posted by Center for Development in Central America at 3:53 PM 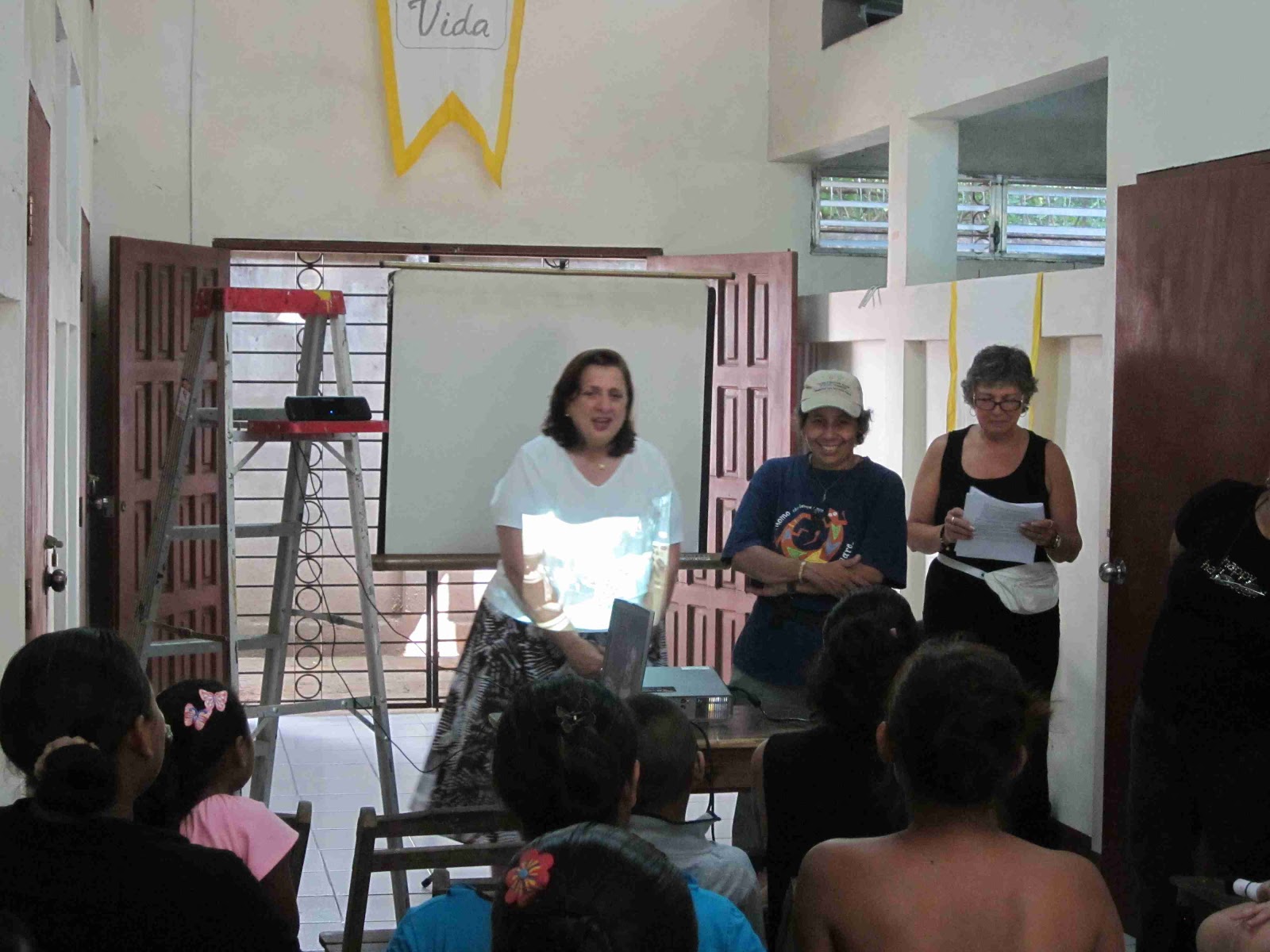 The last week of September Drs. Ronna Krozy and Rosanna DeMarco from Boston College led workshops with our health promoters on HIV and AIDS.  Rosanna developed a teaching film with poor black women of South Boston who are living with AIDS.  In the film, titled Women’s Voices, Women’s Lives, these women speak honestly and from the heart.

Despite the fact that our health promoter Jessenia was in the hospital, we had excellent participation that improved as the week went on and more people learned about the workshops.  Martha, our nurse, did a wonderful job stepping in to help in Jessenia’s place. 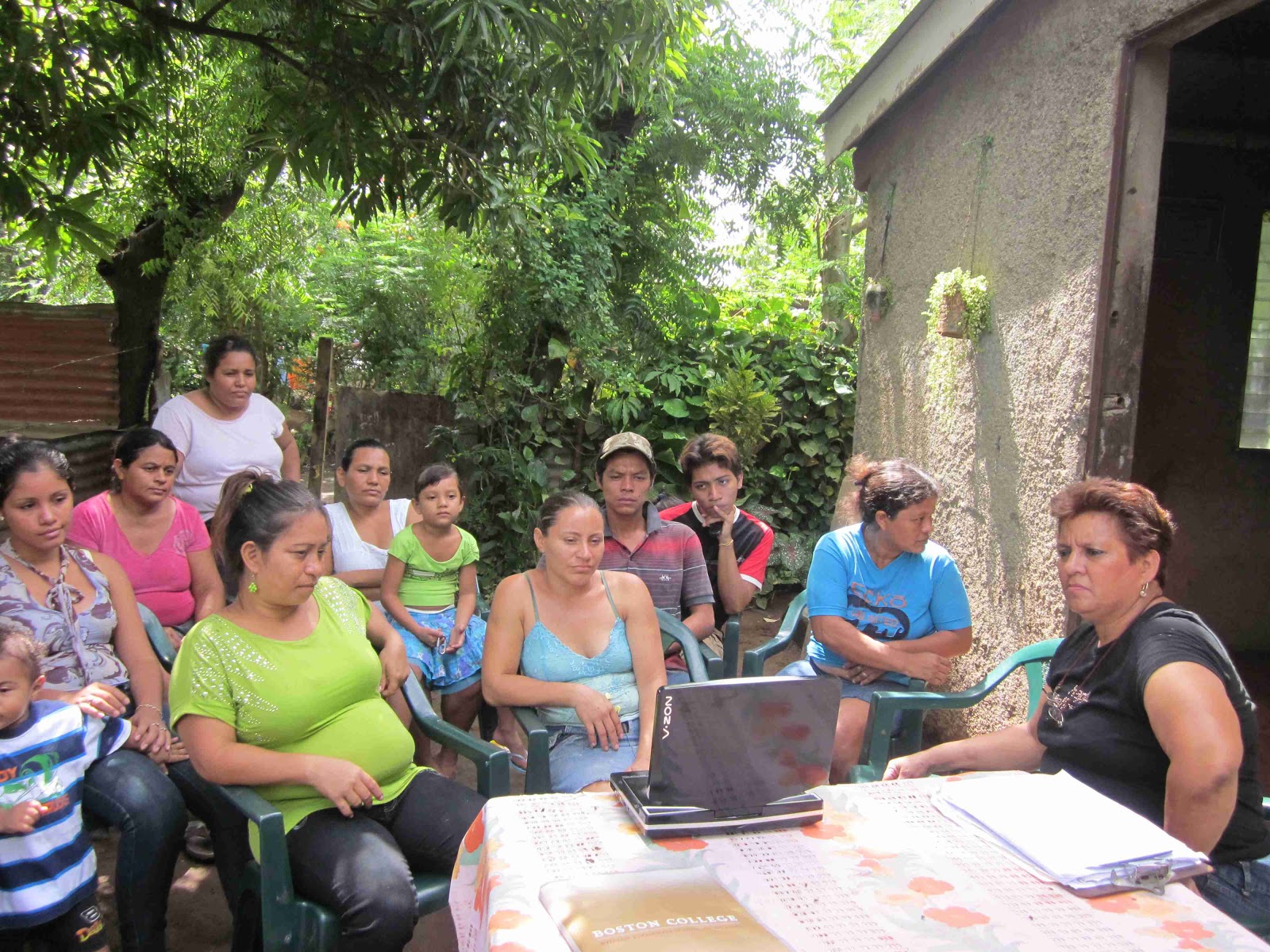 Both women have the personality and openness to elicit questions and discussions and Martha did a wonderful job of helping them put the material into the Nicaraguan cultural context.  Rosanna talked to the women especially about how women will not take care of themselves but instead put husband and children first…you could see the nods go around the groups as these women who also constantly put others first.

Participants were also impressed that the women in the film had lived with HIV for 15 and 20 years.  This makes testing easier when they realize that a positive result is not necessarily a death sentence, especially if HIV is caught early. 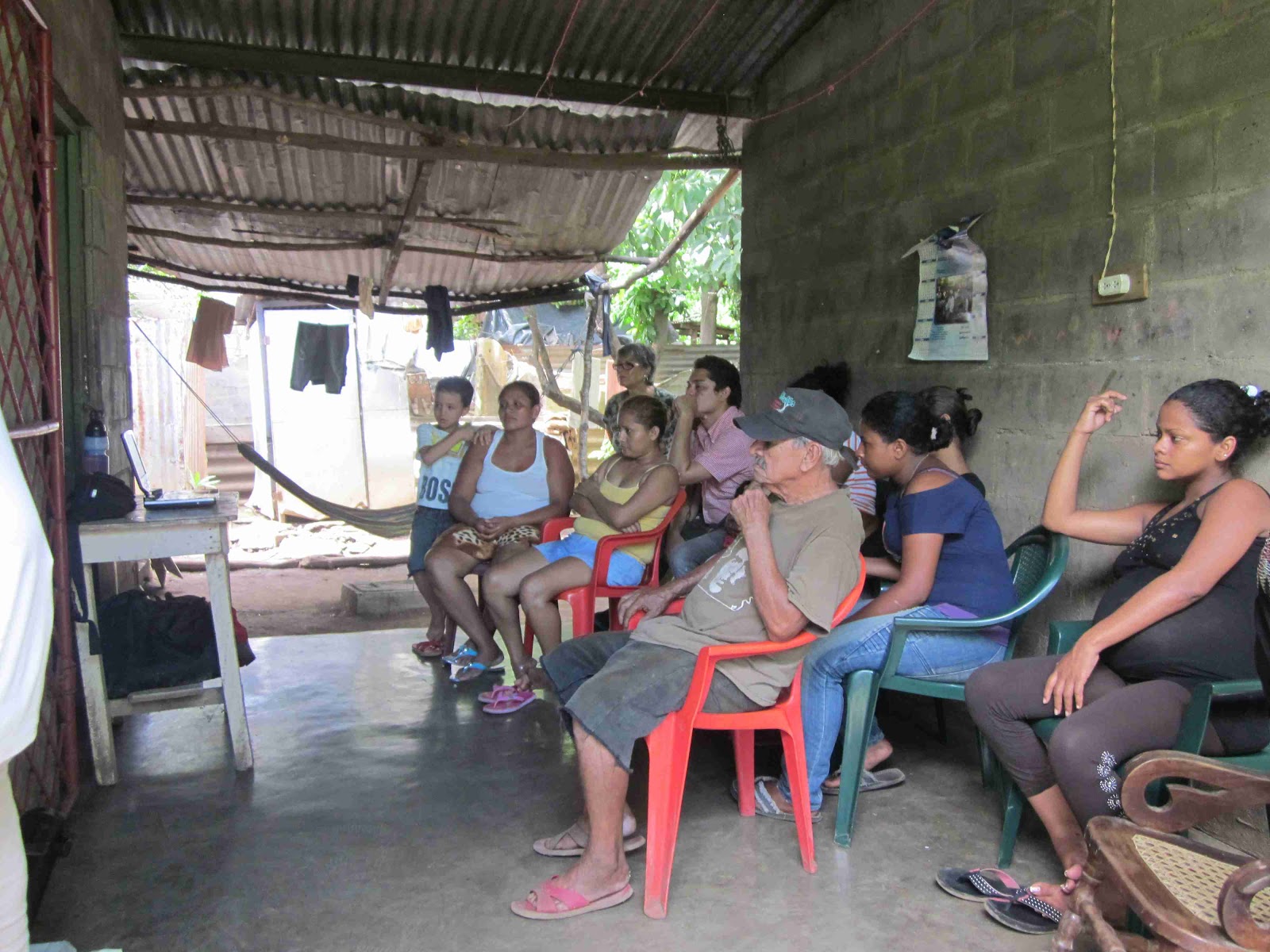 Each workshop started with showing the film, then questions.  We are going to continue this model with the film and a donated portable DVD player in homes in Nueva Vida.  We are looking for donations to purchase rapid HIV tests to test people who have been motivated by the workshops to get tested.

Nicaragua has the lowest HIV rates of any Latin American country…testing, education and prevention are the only ways to keep Nicaragua healthy.  This is critical in a poor country.  We are grateful for Ronna & Rosanna’s help and the boost of energy they brought to for more community education.   -Kathleen
Posted by Center for Development in Central America at 8:48 AM

We are involved in the formation of a new Rotary Club in Ciudad Sandino to help address problems in our area.  We meet at 7 PM on Tuesday evenings.  Last night as we started the meeting our moderator called for a moment of silence to remember the tragedy of 9/11 in the U.S. 11 years ago and the tragedy of 9/11 in Chile 39 years ago.

I suspect all of you reading this know about the 9/11 terrorist attacks on U.S. soil and remember them, but do you know about what happened in Chile on 9/11 in 1973?

The U.S. military under Pres. Nixon staged a coup with the Chilean military to overthrow the democratically elected president, Salvador Allende, who was working for change for all…including the poor…in Chile.  He had been in office three years; his first enactment was to guarantee that all school children receive milk…he was a medical doctor.  The day after his death, thousands were rounded up and held in the Chilean stadium where they were questioned, tortured, and many murdered.  A father of one of our sons’ friends was in that stadium and was tortured himself.

One musician who was known for his protest music, Victor Jara, was reported to have had his hands and fingers broken along with beatings that resulted in his ribs being broken.  The soldiers mocked him and told him to play his guitar.  He defiantly sang Venceremos (We Will Win).  His body was found 4 days later with 44 bullets in it.  The reign of the dictator Pinochet lasted for 17 years and was horrific.  Over 10,000 Chileans were murdered, disappeared, tortured, and imprisoned.

Hundreds of thousands left the country.

It touched my heart to stand in Nicaragua and remember the victims of two tragedies that have had an impact on people for years to come.  I also noted that I do not believe that ever in my life in the U.S. did a club, church, or school ever have us stand to remember tragedies of the past that happened to others in other countries.  Nicaragua remembers.  Nicaraguans remember. – Kathleen


Posted by Center for Development in Central America at 9:20 AM

The Healing Power of Television 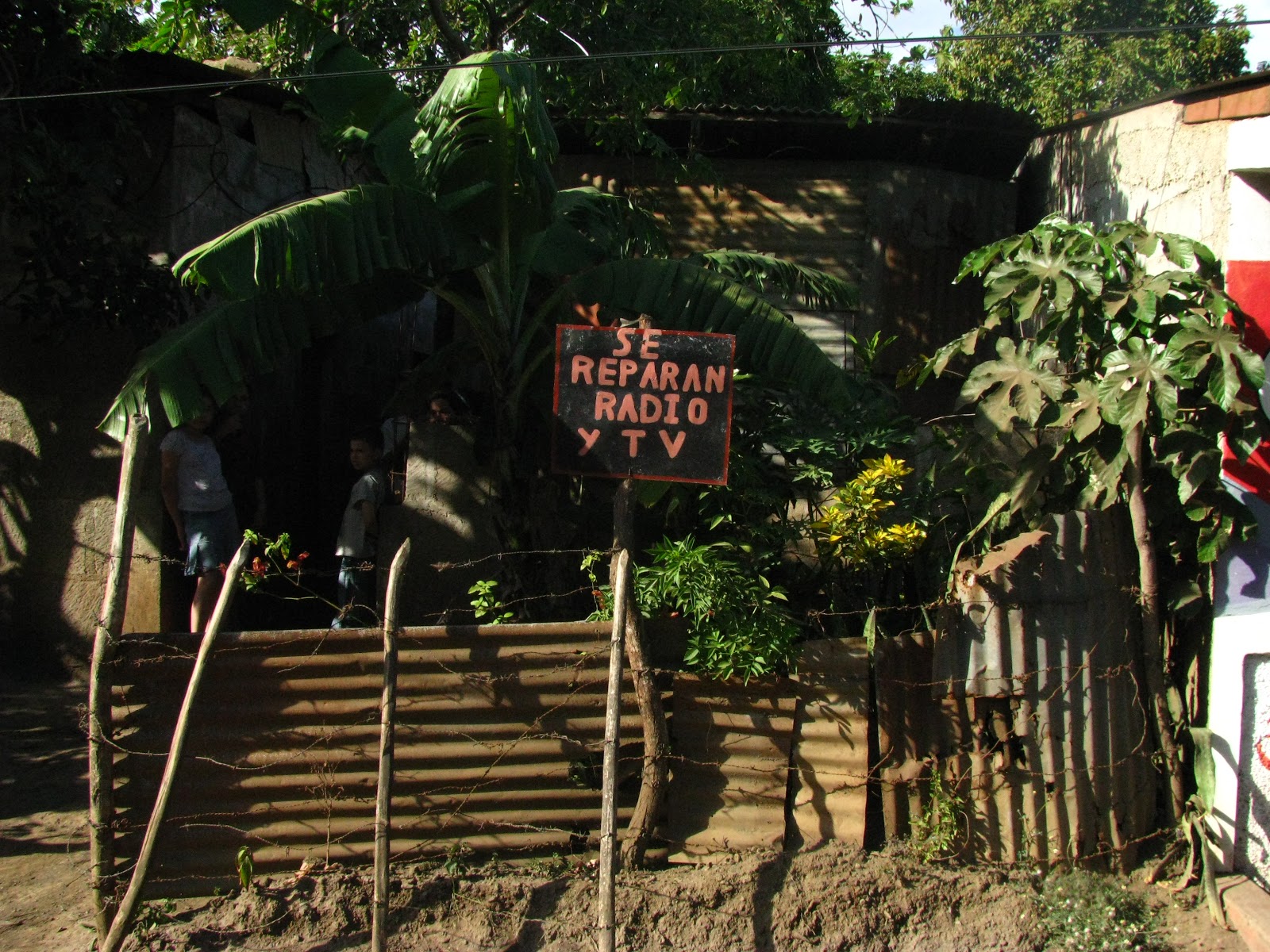 A few years ago, after hosting dozens of groups in Nicaragua, Kathleen decided to stop listening in on our delgations’ evening reflections.  She explained her decision to me by saying, “If I hear one more person ask, ‘If they’re so poor, why do they have a television?’ I’m afraid I may do someone bodily harm.”

Kathleen has enough experience to know that TV is a top priority for the poor, and she understands something that never occurs to those of us who’ve always had enough: poverty is boring.  Really boring.  And if you are worried about where your next meal is coming from, or whether or not gang members will break into your house tonight, or how you will come up with bus fare to get to a medical appointment, it’s hard to stop the compulsive worry about things you can’t fix.  That’s why patients at our clinic so commonly suffer from hypertension, acid reflux, insomnia…when you’re stresses are literally matters of life and death, a little distraction goes a long way, and those that can turn to the healing power of television. 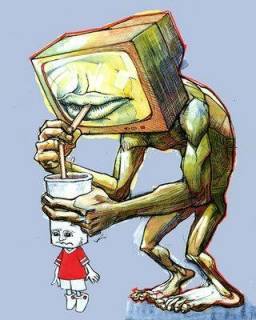 My husband and I have chosen not to have a television in the house.  Like many others of our age and middle class background, we strive to spend our family time at home reading and playing with our kids instead.  Let’s be clear though, we’re not that virtuous.  If it weren’t for the miracle of downloadable TV and movies, we’d definitely have a TV. Frankly, our access to internet and computers gives us the luxury of pretending to be holier-than-thou, when in effect we’re just getting all the good TV without the distraction of ads.  And sometimes, even a little bit of not-so-good TV is exactly what the doctor ordered.

My friend Martha is dying of cancer. It’s a hard thing to watch when it happens to anyone, but it’s especially hard because Martha is so young, because she has a beautiful and talented 10-year-old daughter, because she’s still so full of life, and because she’s suffering so much.  In the middle of a chat, Martha will frequently be taken over by a pain spell that makes giving birth look like a walk in the park, yet she refuses morphine because she says that’s for dead people. I come home after a visit with Martha and my mind is racing, worrying about things that it does absolutely no good to worry about because there’s so little to be done. I’m distracted, I’m having trouble sleeping, and my jaw feels like I spent the night gnawing on a hunk of old Hubba Bubba. If I feel this way as a friend watching from the fringes, what must Martha and her family be going through?

I rarely find myself with time alone at home, and when I do, I am usually washing clothes or desperately trying to rescue my garden from whatever has tried to eat it since I glanced at it last week.  Yesterday I found myself with a few hours alone and I started off by trying to get lots of things done.  But I was mulling and stewing and imagining conversations with people I’d really like to give a good talking to.  It was clearly unhealthy to be left to my own devices.  So I turned on “Modern Family,” a show that my TV snob of an Irish husband claims is unbelievable melodramatic fluff about rich people.  He’s absolutely right…and it was wonderful. I watched not one episode, but many, many episodes in a row.  I thought not once about things beyond my control, but allowed myself to get caught up in the story, shake my head, laugh out loud.  I desperately needed a distraction, and the TV gave me some relief. 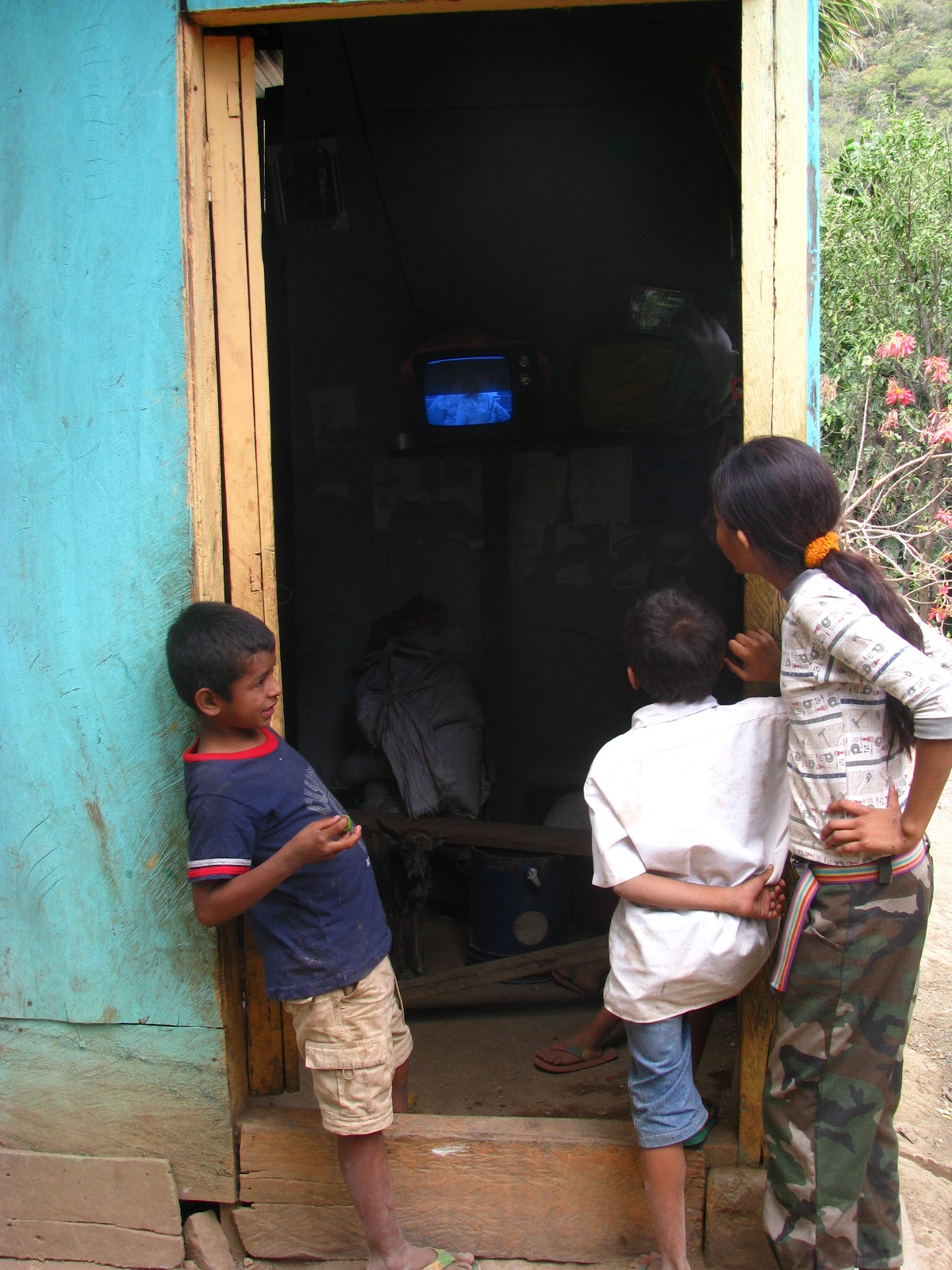 Martha didn’t grow up with a TV.  Her family was too poor to afford a television and she tells stories of standing outside the neighbor’s house watching their TV through the window.  She bounced from house to house during childhood and survived in situations that would have torn a weaker woman apart.  She’s worked hard to give her daughter a better life, and last week Martha bought her a television. In a household where sometimes they scramble to buy food, where I bring them gifts of q-tips and gauze to clean her kidney drain, Martha bought her daughter a television.

Looking in from the outside, we might ask the question Kathleen dreads the most: If she’s so poor, why did she buy a television?  But I have the privilege to see a little ways into Martha’s life with her daughter, and for me, the picture changes: When a 10 year old’s world is falling apart, when all of her stability has been pulled right out from under her and there’s not a damn thing she can do about it and there’s not a damn thing any one of us can do to stop it from happening, she needs a little distraction.  Maybe she needs to laugh at idiotic cartoons.  Maybe she needs to lose herself for a little while in the fantasy worlds created in that black box.  Maybe losing herself for a little while will give her the strength she needs to face what’s surely ahead of her.  If I were one to judge, I would say that Martha’s given her daughter a very valuable gift indeed.  I would say that Martha is a very good mother.  – Becca

Posted by Center for Development in Central America at 10:49 AM