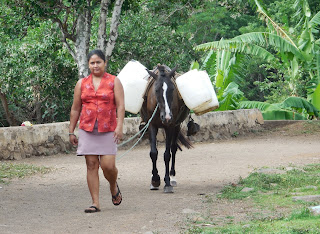 Today is International Women’s Day…and many of you in the United States did not know that, nor do you know why this day March 8th was picked to observe the plights of women.

This year’s theme is Pledge for Parity.

When I was a girl growing up in the 60s and then in college in the 70s, I felt that I could do anything that a boy/man could do.  In college I went through a very...well, sort of Pentecostal stage of my faith life and even then, the idea that God spoke only to men or that men had some God-given say over my life was just silly to me.  I guess because growing up I watched my minister father listen to my should-have-been-a-pastor mother.

In the late 70s I went to seminary and almost all my classmates were men and most – not all – did not seem to have a clue about how to be compassionate and kind.  I was the first woman to start and finish in that seminary in 1979 and I could not be ordained, thanks to the ideas of my denomination.  In light of the feminist movement and the way the world seemed to be finally changing for women, my church then seemed ridiculous.

I was angry and rage would overwhelm me.  I was “young and full of piss and vinegar,” as my grandmother would say.  Now, I’m 61 and take things more in stride.  This year will be 40 years since I started seminary…40 years!  And while doing some research for this blog about women around the world this is what I have learned: 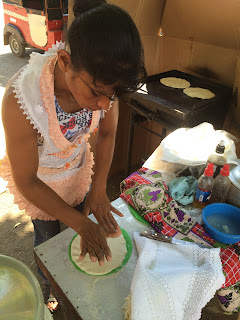 •    Women and girls make up 70% of those who live in extreme poverty.
•    Women work two-thirds of the world’s work hours, but receive only 10% of the earnings and only own 1% of the world’s wealth.
•    Across the world 63 million girls do not have access to education.
•    A half a billion women cannot read.
•    Girls account for three-quarters of new HIV infections worldwide.
•    250 million girls were married before they turned 15 years old.
•    More than 1 in 10 girls have experienced forced intercourse or other sexual violence.
•    Women and girls account for 70% of the human trafficking or slavery.
•    It is estimated that 35% of all women alive today have experienced some form of sexual violence and in some countries up to 70% of all women.

On the website for International Women’s Day is this paragraph: 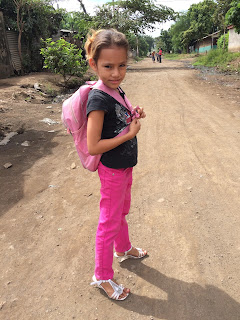 The World Economic Forum predicted in 2014 that it would take until 2095 to achieve global gender parity. Then one year later in 2015, they estimated that a slowdown in the already glacial pace of progress meant the gender gap wouldn't close entirely until 2133.

Reading the above made my tired old blood boil once again.  In 2014 my granddaughter Charlotte might have seen global gender parity IF she had lived to be 100 years old but now, just one year later, she would have to be 138!!!  WHAT IS WRONG WITH US???!!!

We all came from mothers.  About half of us ARE females.  And we have women friends, daughters, granddaughters and sisters…

What is it about having female parts that devalue us so?  I don’t get it, but I do get that it has to change.

One small step is to go to here to pledge and then act.  This bias against women and girls is more than ridiculous, it is cruel.  -Kathleen

Posted by Center for Development in Central America at 4:08 PM

How far can we get without flying? 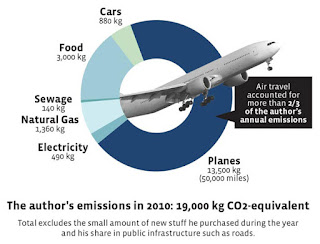 How far can we get without flying?

Asks the article. I sigh.

The author shows us how much emissions go into the average American’s air travel. He shares how he got the courage to opt out of air travel. He paints a rosy picture of his family’s adventures road tripping in a veggie oil car to visit his family halfway across the country. “I suspect most people don’t know the huge impact of their flying – but I also suspect that many of us are addicted to it.”

He’s right. What would my carbon footprint look like if I calculated my air travel? I have a feeling I don’t want to know.

I know air travel is bad for the planet: planes not only emit CO2, but also have other effects that enhance warming in the short-term. I also know what that means for human beings: Nicaragua is the 4th country most affected by climate change in the world. The farmers we work with are struggling as we enter our third year of drought. This week the organics co-op had to send its precious funds to pay down a debt incurred when the cotton crop failed two years ago. Carbon emissions from airplanes contribute to these very real human effects.

But flying has also contributed to the pivotal moments in my life: my first international flight resulted in meeting my future husband. Without flying, I never would have come to Nicaragua in the first place, found a home, or my calling. Now flying connects me to my family: thanks to air travel I bounced my nephews on my knees as babies, watched my father-in-law play peek-a-boo with my daughters, showed my parents my adopted country. It simply would not have been possible to do any of that without airplanes: there are five international borders and an entire ocean between our home and our families.

“Chances are that [in the future] we’ll live nearer to our friends and loved ones, and we won’t be expected to travel so far for work. Both these seem like good things to me,” the author concludes. I’m uncomfortable. I squirm a little in my chair. Is my discomfort only guilt over my continued air travel, or is there something else?

Before that first flight, I’d never been east of Helena, Montana. My world was small, my understanding of it limited to what I’d seen in the Inland Northwest of the United States. When I close my eyes and think of what that first trip did, I can see the lens of my life zoom out, I can feel how I opened up, how learned to question what I had been told was true, how I suddenly and viscerally understood that the rest of the world was really out there, and it was full of real people. Maybe the climate scientist who wrote the article was born with an unusual sensitivity to empathize and to imagine scenes he’s never witnessed. More likely, he was concientizado – had his conscience raised – during his own travels and education. I certainly had to be concientizada –  if I’d stayed in my hometown listening to the loudest voices, it’s likely I wouldn’t even believe in climate change today.

That is the piece we are missing: how can you concientizar those who don’t see the effects of climate change unless they leave their safe place and come somewhere like Nicaragua, where that suffering is tangible?

Just two weeks ago, I had the privilege of seeing with my own eyes the opening that can happen when someone dares to leave home and hearth. We had a group of folks new to Nicaragua with us and one of them went walking in Nueva Vida alone. When one of our volunteers found him and told him that it was not safe, he seemed to come back to reality. He began to make connections between our barrio and one he knew closer to home, where he’d witnessed a friend’s fatal shooting. He was able to connect the dots between a marginalized community in Nicaragua and one in the U.S., and his fledgling understanding of Nueva Vida helped him to better understand his home community.

Transformations like that happen all the time, with people who come to work even a few days with us, and they might never have begun without the airplane. It isn’t necessary to travel by air to be concientizado, but flying does make it possible for so many people to connect with other humans on a more profound level. I wish there were a way to calculate that into our carbon footprint. - Becca
Posted by Center for Development in Central America at 7:19 AM