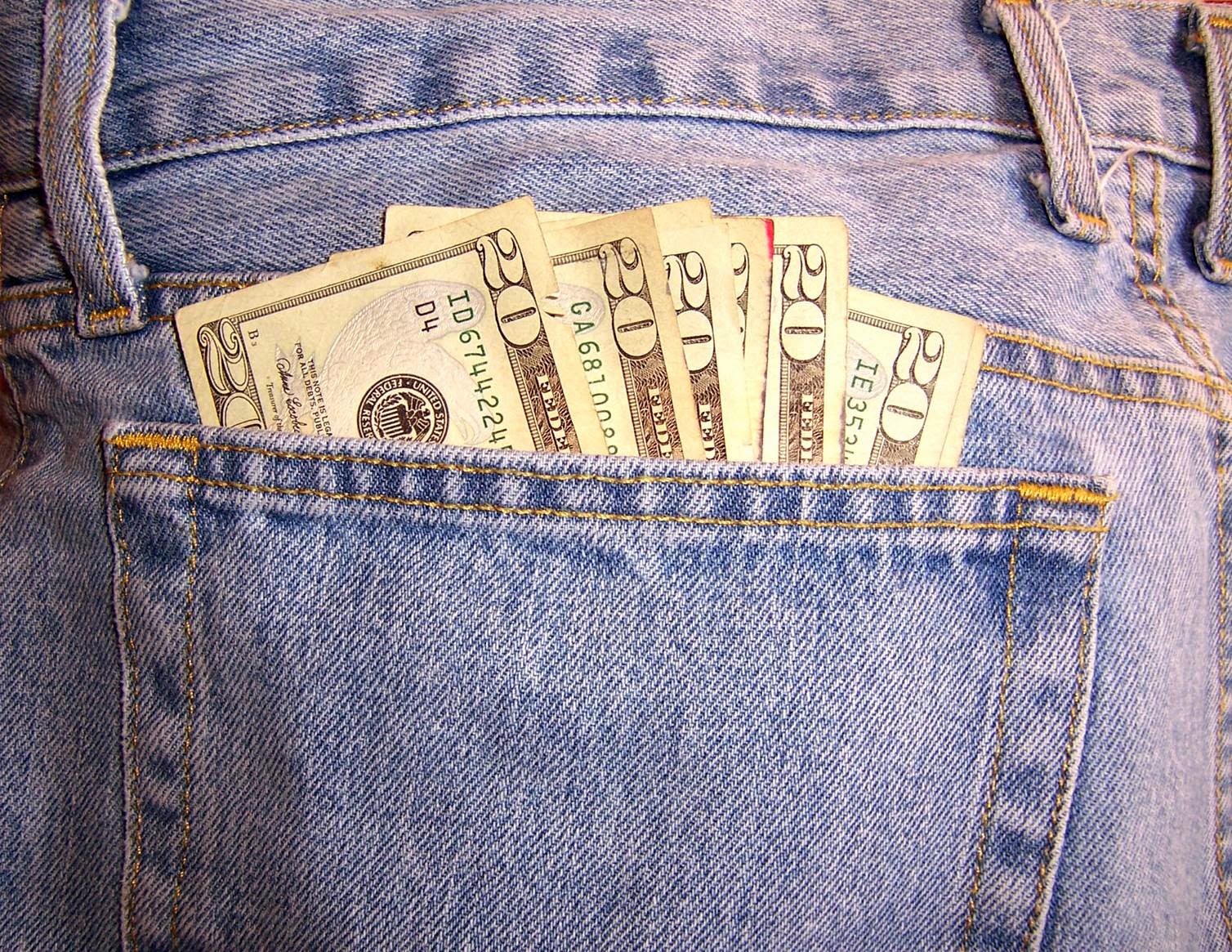 By now if your have been reading about our 2014 goals , you can see one of our major obstacles…money.

We had a volunteer from a March delegation who asked us, “What are the greatest challenges you face both as an organization and personally?”

Becca was quick to answer, “Money.”

If every volunteer who had worked with us here gave $10/month we would receive about $30,000 each month!  If everyone on our mailing list gave us only $10/month we would have $120,000/month!  And even that is not enough...but it would be a good start!

Like most non-profits, we scramble for donations.  Unlike many non-profits, an enormous amount of our budget comes from individuals, churches, meetings, and groups  which gives us the flexibility to adjust to do what is needed rather than doing what is perceived to be needed by outsiders…those who are not on the ground, and, more importantly, who are not the local people in the communities.

This year we want to increase our operating receipts by 25% and increase donations from former volunteers by 50%...that will help a great deal.  We also want to expand more globally…to figure out a way to raise funds from people within Nicaragua and in Europe (we now have a way to donate online via credit card in euros!)

On a different note:  recently we received word that Microsoft was no longer going to support XP, which is the operating system that most of our computers were using.  Our stop-gap computer guru Sarah was in the States on her speaking tour and Becca was ready to tear her hair out trying to get work done before she left for Ireland while computer technicians in Managua moved all our computers over to Windows 7.  We realized yet again what an invaluable help an IT volunteer would be for us…so please help us find one! Find out more here.   So much of our work involves computers and for most of us they are like magic until they don’t work, and then they are a plague!

With all the work we do, the hassles, the successes, the day-in and day-out trying to make a difference and the constant looking for funds, you would think that lawsuits would not be something we would need to deal with…but we have paid out so much money that could have been used to do so much good (buy medicines, pay our Nicaraguan staff)…where has that money gone? To lawyers because of one Nicaraguan woman who is trying to take our land, and one South Carolina equipment dealer who didn't fulfill his contract.


Yelba Carvajal sued us many years ago to get the title to the property where the CDCA and the industrial park are located (not the clinic).  She lost, then appealed and again lost in the Managua courts.  Thousands of dollars and much time later we thought we were finally done.  Last year she filed suit in the Ciudad Sandino courts (surprisingly true, one can do that) resulting in more and more money going to lawyers and more and more energy spent on this.  This is just flat out disgusting!

Jack Coker, the South Carolina equipment dealer, accepted $150,000 as earnest money for cotton yarn spinning machinery – money we had borrowed – and he never delivered the machinery.  This led to the dissolution of the spinning cooperative, much heartache, and us paying back a loan for nothing!  We are suing him and he is counter suing us.  Fortunately we have the services of the Wake Forest Law Center who working pro bono, trying to help us get our money back so that we can pay off the loan.

Our final goals of 2014 are to have both suits resolved to the CDCA’s benefit.

We hope sharing our goals with you will help you become more intimate with this work and with the all the projects. -Kathleen

Posted by Center for Development in Central America at 7:56 AM

Get Together & Tell Bob Stories

Our friend, Bob Hanafin, died on the 11th of May.  He was the most unique and interesting person I have ever met.  He was part and - yet not “of” - our community for 8 years. 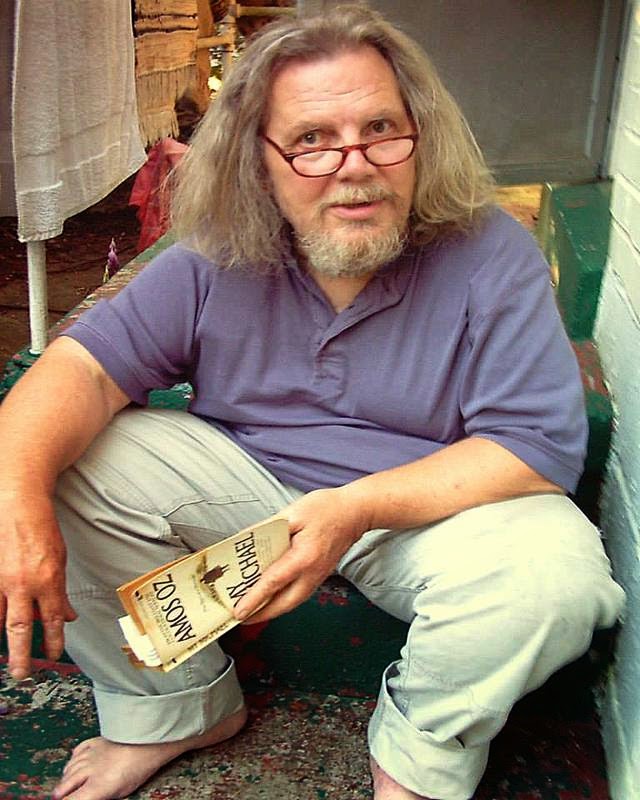 We met Bob at a peace encampment in Aiken, SC, protesting nuclear weapons.  He had a weekend pass from the VA hospital where he had earlier checked himself in for post traumatic stress disorder (or as George Carlin so aptly called PTSD by its original name, “shell shock”).  He came to be a part of the encampment because Bob was antiwar.  We ended up getting to know each other as he kept our campfire going in the rain.  When he decided the VA had done all they could for him, he moved in with us while we were running 3 shelters in NC.

In 1987 Bob came with Mike and me to Nicaragua when we jointly led a Witness for Peace delegation with a Methodist pastor during the contra war.  We went into the war zones.  It took a great deal of courage for Bob to come with his PTSD.

At 16 years of age he had joined the military and went to Vietnam before the US admitted they were involved in Vietnam.  His job was to balance the helicopters or planes with the dead and wounded.  He started buying morphine on the black market to give to the wounded to ease the pain of the trip.  On our Nicaraguan trip he was terrified something would happen to us and he would be once again helpless to protect others especially us…but he came none-the-less, understanding the risks more than any of us.

Bob was one of the most knowledgeable people I have ever known and it came from reading books constantly and on many, many topics.  He decided he wanted to know more about appropriate technology and went to see Buckminster Fuller and asked to learn from him…and he did.

Bob was unique…he was the baby of his family born in a ditch during a tornado in Kansas.  His family was fairly dysfunctional.  He said that his teacher in a one-room school house saved his life.  Every Friday she would load all the school children in her wagon and take them to the library.  Books opened his world, and he in turn opened the world for others.

He introduced us and our children to so many authors, music, ideas…he insisted that we take a day off each week, something we had not done in the 4 years when we ran shelters.  He loved the Waffle House and would spend hours chatting with the staff...the Waffle House was his "office."  His birthdays were celebrations in which we were to do something fun for ourselves…he believed in the “hobbit” way of celebrating.    As he was dying, he told his “adoptive” son that if people wanted a ceremony after he died then people should get together and tell Bob stories…this is my start.
One of my fondest memories of Bob was talking to him about a sermon I was preparing on the passage that says “If you do not love your brother (sister) whom you have seen, then how can you say you love God whom you have not seen.”
I lamented to Bob, “What is there to say about this?  It says it all…how can I talk about this for 15 minutes?”

Bob said, “Then why don’t you say, ‘if you don’t love your brothers and sister then just get out’ and then you sit down?”

Unlike Bob, I am a bit of a coward…though I did start the 15 minute sermon that way.

But Oh!  What a message that would have been!   We will miss Bob as will many, many others.  -Kathleen


Posted by Center for Development in Central America at 5:13 PM

We Need Your Dentist

Last year with the help of ORPHANetwork (ON) we made great strides in addressing the dental needs of children especially.
Our hygienist went to the feeding centers supported by ON and taught kids about the importance of good oral hygiene…hundreds of kids.  She did such a good job that when a class from Winthrop University (Rock Hill, SC) last March did classes on good oral hygiene, the kids already knew most of the answers!

With ON’s help we also expanded the hours of our dental care by hiring our dentist full-time and hiring a full-time assistant.   42% of the care we gave last year was preventive…cleanings and sealants.  Only 11% were extractions!  The rest was restoring teeth…fillings, rebuilding teeth, and temporary crowns.  This is amazing in Nicaragua where in a country of poor people, most people wait until they have a tooth so rotten it has to come out…including children.
Studies have proven that if the body is not fighting inflammation in the gums and bacteria in the mouth, then the body heals faster and the heart stays healthier.  Foods that are harmful to teeth are also harmful to the body as a whole.  Sugar is cheap here. Sodas are cheaper than bottled water.  Refrescos (local fruit drink made with lots of sugar), candy, sticky sugary gum, etc….all of these are perfect building blocks for diabetes later in life and poorer health now.

At El Porvenir, the organic coffee cooperative, the children come to see the volunteer doctors we brought up the mountain to their isolated community.  In March, the pediatrician noticed the children’s teeth were rotting.  Why?  In this remote area they had gotten a little store that stocks its shelves with candy and sodas.
We are continuing to work with ON to get the children in their feeding centers seen by our hygienist and dentist consistently in order to save teeth and improve health…but it is hard for parents to internalize that their children’s teeth are in fact a foundation of either good or poor health.  In a society of poverty, people operate from crisis to crisis as a means of survival…teeth are not a top priority until they abscess.

In those times, however, when the children do come to the dental clinic, sometimes they come in droves and we cannot see them all, which frustrates everyone.  There are about 1,200 children in these feeding centers…and we have just one dentist, one assistant and one hygienist.

We are searching for dentists, assistants, and hygienists to come volunteer…we would love to have a dental professional volunteering one week out of each month except December (a month with lots of festivities and busyness, so few patients come in).
This year we Dr. Becca Orsini from ON who will come twice and bring an assistant and a hygienist; Dr. Dirk who started our dental clinic will come twice, Dr. Heather with Dirk, and a Rotarian Dr. Art who came the last of April and the start of May. This covers 5 months with additional help, but we have 6 more months to cover.  So spread the word to your dentists and maybe we can make this happen. -Kathleen


Posted by Center for Development in Central America at 4:53 PM