Language is a powerful tool.  Feminists learned this early on…when we always refer to people with masculine nouns like “mankind,” we forget that women and girls are an integral part.  Refer to an individual as “he” and a man or boy image pops in the brain.  “Chairman,” and people are more likely to nominate a man.

People in power have learned this, and use it to influence our thinking, and too much of the media is playing right along. 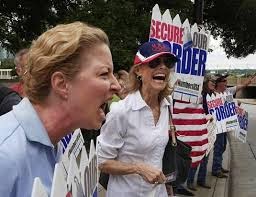 Those on one side of the spectrum use language to inflame
people’s emotions while the media at large and the government use language to let itself and those countries and factions we support get away with murder…literally.

When did real, physical danger become “in harm’s way”?  When the government wanted to soften, yet not completely  dismiss, the soldier's reality. 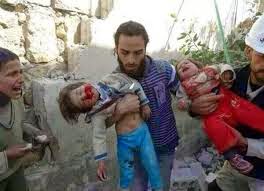 When did women, children, old people…innocents…become “non-combatants”?  When the media did not want us to see or imagine the people who have done nothing but be in the wrong place at the wrong time and get blown to bits.

When did children fleeing violence, gangs, and death squads become “illegal immigrants” while other children fleeing violence, gangs, and militias become “refugees fleeing terrorists”?  When those corrupt governments are the ones we prop up, and no one wants U.S. citizens to think about the reason that desperate parents would send their precious ones far away. 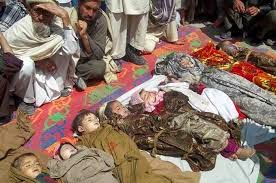 When did hospitals, schools, and people’s homes – poor as they are – become “non-military installations”?  When people of power do not want us to imagine what it would be like to be stuck in a hospital with injuries resulting from your home being bombed during supper and have another bomb hit the hospital…that sounds like something that evil people would do.

Why wasn't President Zelaya always referred to as “the coup-deposed president” and why isn't Honduras called “the land of death squads, gangs, and terrorists" since the 2009 coup?  Because the US backed that coup and does not want to call attention to the mess it has created.  YET.  AGAIN.

We need to start using “true language” and demanding of our media and government that they use true language, and quit softening the impact of horror and violence.

When I was in young I saw on the nightly news horrors of the Vietnam War…I saw children firebombed.  I saw mothers weeping for their lost children.  I saw coffin after coffin come home and I grew to be anti-war…and THAT is why we never see or hear reality now, because there are enough people who are basically good and if they see and hear the truth they will say “NO.  MORE.”

Frankly, the government and those who own the media know that and are afraid.
-Kathleen

Posted by Center for Development in Central America at 8:42 AM 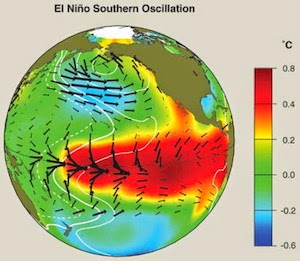 July is the end of the first growing season in Nicaragua…or should be, but Nicaragua is in a drought caused by a meteorological phenomenon called El Niño.  The band of warm Pacific waters collects off the coasts in South America and creates drought around the countries along the equator.

Nicaragua gets rain typically from May to November.  Usually it starts raining in May and farmers hurriedly plant their crops.  From mid-July to mid-August the rains slack off and farmers harvest their first crop of the season.  When the rains start back up, the next crop goes in the ground to be harvested in November and December.  From November to May, hardly a drop of rain falls.

This year the first season’s crops failed due to no rain or not enough rain.  What does this mean for the second poorest country in the Western Hemisphere?
·         Most of the food grown for local consumption is grown in the Western and central part of Nicaragua which is the section of Nicaragua that is being affected by El Niño.

The rains are not expected to start until September and no one really knows how well these rains will be.  Nicaragua is one of the 10 most vulnerable countries for climate change.  Many climatologists consider that El Niño has been strengthened due to the warming of the sea waters because of climate change.

The chart to the left is Nasa's reporting of the rise of temperatures over the 60 years.

Nicaragua has 52% of its energy coming from renewable sources with a goal of 94% by 2017.  Nicaragua has an aggressive reforestation program.  Nicaragua has the second largest rain forest in the Western Hemisphere and yet suffers severely from climate change…doesn’t seem fair, does it? 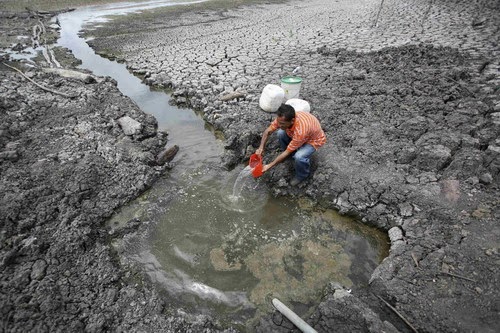 But as history dictates the poor suffer while the wealthy consume and consume…which is why Gandhi said that “Poverty is the worst form of violence.”  Clothed in silence poverty breaks the human spirit and kills on a rampant scale.

-Kathleen
Posted by Center for Development in Central America at 11:46 AM

Why No Nicaraguan Children? 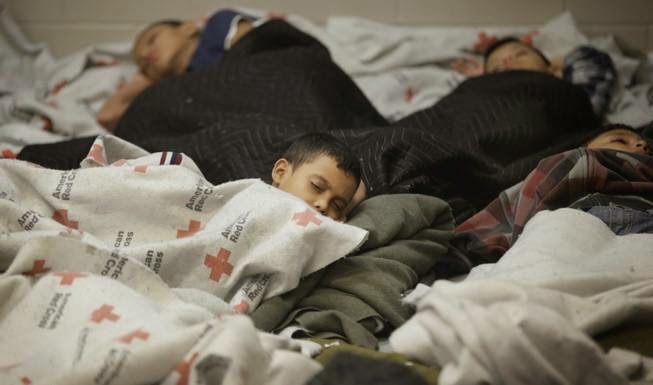 Since last October, 52,000 unaccompanied children from Central America have entered the U.S. with no documentation...so many have been detained by immigration that there is a real humanitarian crisis in detention centers.  But these children are all from Honduras, Guatemala and El Salvador...no Nicaraguan children.

Why not? Perhaps looking at the reasons why Nicaraguan children are not immigrating would help the U.S. to shape an effective policy to keep Central American kids at home with their families instead of having to flee.

In a recent article, the organization NicaNet stated: "The problem of the children migrants is blowback from US policy in the 1980s when our government trained and funded Salvadoran and Guatemalan military and police to prevent popular revolutions and more recently when the US supported the coup against President Manuel Zelaya in Honduras. Those countries were left with brutal, corrupt armies and police forces whereas Nicaragua, with its successful 1979 revolution, got rid of Somoza's brutal National Guard and formed a new army and a new police made up of upstanding citizens.

"Who consumes all those drugs that are causing all that violence and corruption in Latin America? Who has militarized the Drug War and is funding and training repressive militaries and police in the countries from which the children are fleeing? In both cases it is the United States." 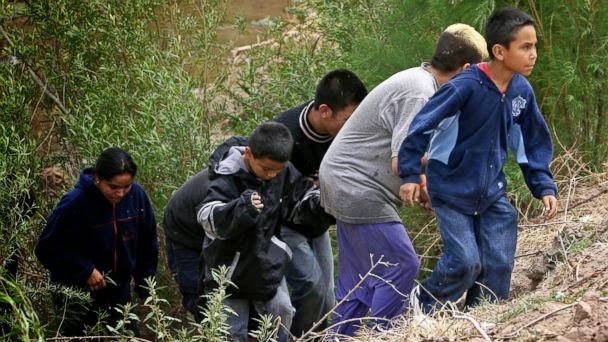 Take a moment to imagine making a decision to send your child by herself to a country where you have never been, knowing that she must travel more than one thousand miles with strangers, riding on top of trains, walking through desert, all in hope that if she gets there, she can find her way to a distant relative.  What situation would you have to be in to make that decision?  As a mother of two girls, I can only imagine one: where it is more dangerous for them to stay at home.

Recently Nicaragua's Police spokesman was at a regional conference on community policing in San Salvador and in his talk credited Nicaragua's community policing model for making the it  one of the safest countries in Latin America, describing it as “a model of shared responsibility, that of person-family-community” which shapes all the areas of police work. In 2013, out of each 100 cases reported to the Nicaraguan police, they have been able to resolve 79. This compares to the almost complete impunity for crime, especially politically motivated crime, in Honduras, Guatemala and El Salvador -- in Honduras only 3 out of 100 crimes are even investigated. 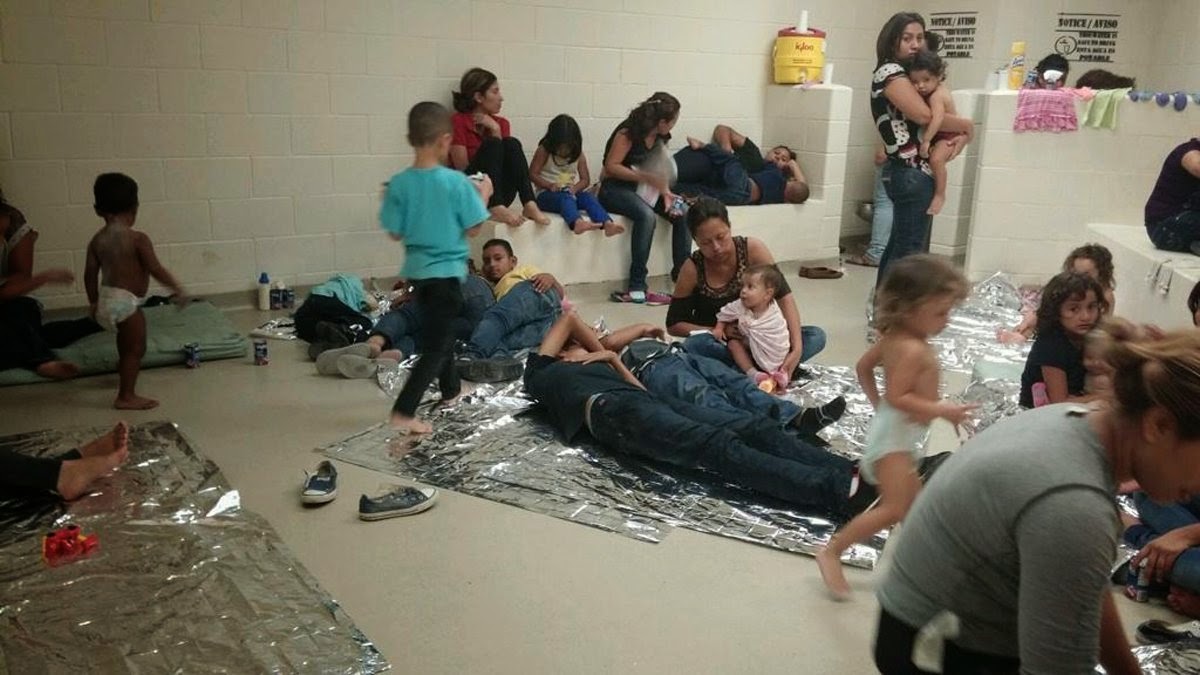 In addition to safety, many Central American kids simply don't see any future for themselves at home.  According to an article this week by Portillo and Torres, in Honduras, young women and children are most vulnerable from "an attack on the education system, a shockingly poor healthcare system, poor incentives, a violence created by drug cartels that the government cannot control, low wages in export processing zone industries, and a rate of inflation that leaves people not being able to afford quality food and goods, what future is there for a working class kid?"


Meanwhile, the situation in Nicaragua is strikingly different.  Nicaragua's expected 2014 GDP growth rate will put it among the five fastest growing countries in Latin America, prospering even though its significant investments in poverty reduction, education and health care go against the austerity and structural readjustment programs prescribed by multilateral agencies like the IMF and World Bank:
Of course, Nicaragua still has a long way to go...but Nicaraguan children don't. 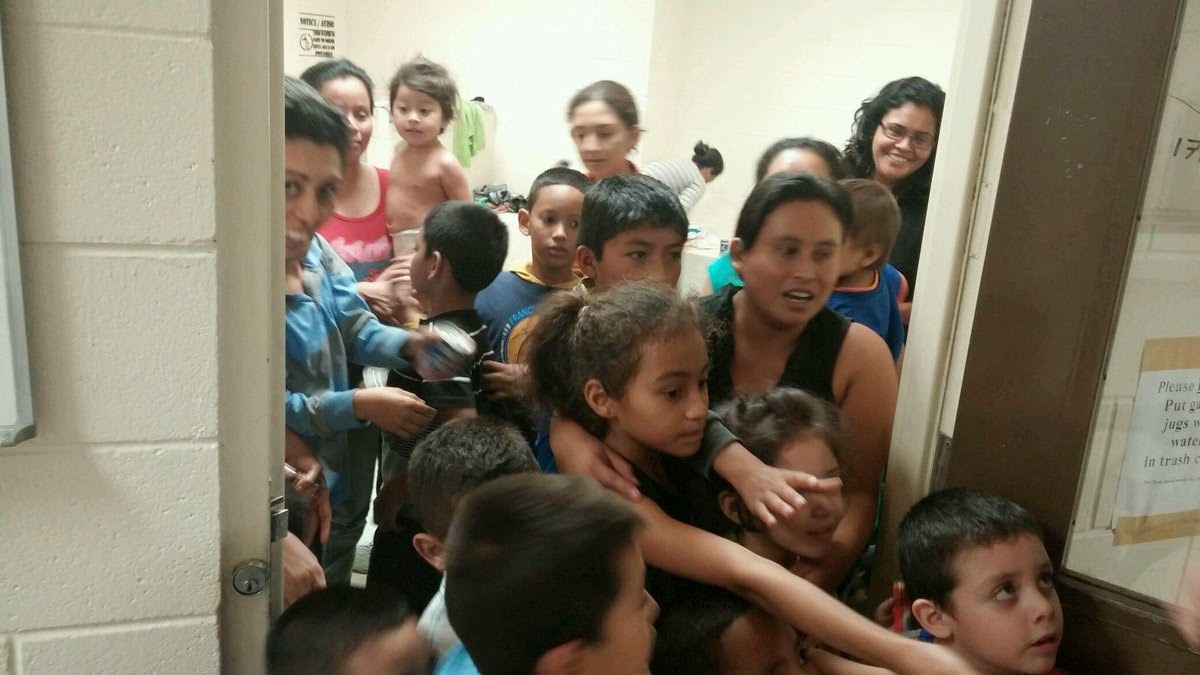 They are safe staying right where they are at home, and if the U.S. government wants to keep unaccompanied children from crossing the border, then it should focus its Latin American policy on making sure that Honduran, Salvadoran and Guatemalan kids are safe, healthy, educated and have a future in their home countries. -- Becca

Posted by Center for Development in Central America at 9:25 AM