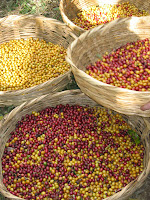 The Pittsburgh City Paper’s Staff Picks named El Porvenir’s coffee, imported by Pittsburgh-based non-profit Building New Hope and roasted in the city by La Prima Espresso, as the Best Feel-Good Coffee, saying “The beans are organic and shade-grown, which is better for the environment; meanwhile, Building New Hope pays above fair-trade rates, and funds projects including alternative schools and alternative energy.”

The coffee harvest up at El Porvenir was completed in December, and the co-op is currently processing the coffee on the 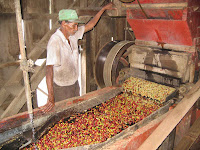 ir farm. The harvest this year was better than past years, thanks in part to the renovation of their coffee plants – replacing old plants with new plants that are more productive. The co-op expects to finish the processing with around 30,000 lbs. of processed green beans.

The El Porvenir co-op’s coffee is also sold through Their Bucks Coffee, a company set up by a group who had traveled with the CDCA to El Porven 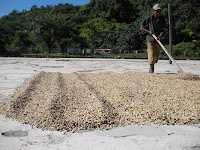 ir and learned how the co-op was being ignored and mistreated by the large coffee middlemen. Upon their return to South Carolina, some of the group from Mt. Pleasant Presbyterian Church formed Their-Bucks Coffee to buy coffee directly from El Porvenir and to pay them more than world “fair trade” price for it. Profits from the sale of Their Bucks Coffee are put back into the El Porvenir community through projects like the coffee renovation mentioned above. Their Bucks also sells El Porvenir’s coffee through it’s 43 Families Coffee label, available in the Piggly Wiggly chain stores in South Carolina.
Posted by Center for Development in Central America at 9:48 AM