Who pays the cost?


Our clinic has more than doubled its expenses for medicines.  This is caused primarily by doubling the number of patients seen by our doctors and dentist, but also because we are getting fewer donated medicines from outside of the country due mainly to the policies set by the Nicaraguan government.

I have read articles and heard people complain about government bureaucracy, and it is true that we are doing more paperwork.  The Sandinista government is cracking down on medicines that come into the country without the proper paperwork and that  does include more work for the donors and for NGOs receiving the medications to file all this paperwork.  They also are cracking down on what can and cannot come into the country…like outdated medications.

So here is MY opinion:  the Nicaraguan government wants to protect its people.  Can you imagine the U.S. government allowing foreign groups to import outdated medications to serve the poor of Appalachia or New Orleans?

Even IF foreigners could bring trunk loads of medications into the States to treat the poor, can you imagine that customs would allow for broken seals, partial prescriptions, drugs that have been taken off the market due to side effects, etc.?  Can you imagine the paperwork the U.S. would require, IF you even could bring them in?

The new regulations in Nicaragua mean more medicine expense at our clinic, and that is frustrating for us particularly with outdated medications because of this:

Most of what is known about drug expiration dates comes from a study conducted by the Food and Drug Administration at the request of the military. With a large and expensive stockpile of drugs, the military faced tossing out and replacing its drugs every few years. What they found from the study is 90% of more than 100 drugs, both prescription and over-the-counter, were perfectly good to use even 15 years after the expiration date.  (http://www.health.harvard.edu/fhg/updates/update1103a.shtml)

So my complaint is really with pharmaceutical companies dating medication so conservatively.  The above article says you can look at it as the companies giving you the most for your money, but with the top ten pharmaceutical companies making over 48 billion dollars in profits  last year alone, I tend to doubt that they have the health of the people of the world in mind.

Pharmaceutical companies complain about Third World nations violating the patent laws and copying the company’s research and development work to make cheaper medications for their people.  Their complaint is that with patent violations they cannot make enough money to pay for the research and continue the research…but…Note:  48 billion dollars in profits.   To put that in perspective, expenditures of the entire Nicaraguan government  in 2012 were only 2.6 billion dollars. 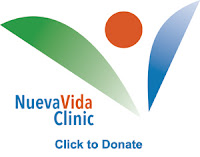 
Posted by Center for Development in Central America at 4:31 PM