I've finally come to accept that I will not see Justice in my lifetime.

The world we are working to build -- the one where we all love one another as brothers and sisters and actually act like it too, the one where everyone has enough and no one is hungry -- is not going to come about while I'm still around to see it. That doesn't stop me from continuing to work toward Justice, I know that all I can do is do my part...


Still and all, the mortal in me thinks would be really nice to see a little progress once in awhile! So much of our day-to-day work is two steps forward and one step back (or two or three steps back), it gets frustrating. Then there are the big things we've absolutely poured ourselves into that just fall apart around us despite everything we do (i.e. the spinning plant project). It's hard to keep taking hits like that and to keep going.

Sometimes though...every once in long, long while...I get a glimpse of dreams coming to pass. This happened to me a few weeks ago up at the sesame processing plant.


We'd just begun to see the first seeds coming out of the processing line -- the machinery that we were running, in a sesame plant where we've had our seed processed for years, but we were in charge of for the first time ever, able to process the way we believe it should be done...and I picked up the camera to get a few shots. Through the lens of the camera, I saw
César sitting on a stool, eagerly sucking up impurities with the vacuum hose, his reading glasses perched on his nose. 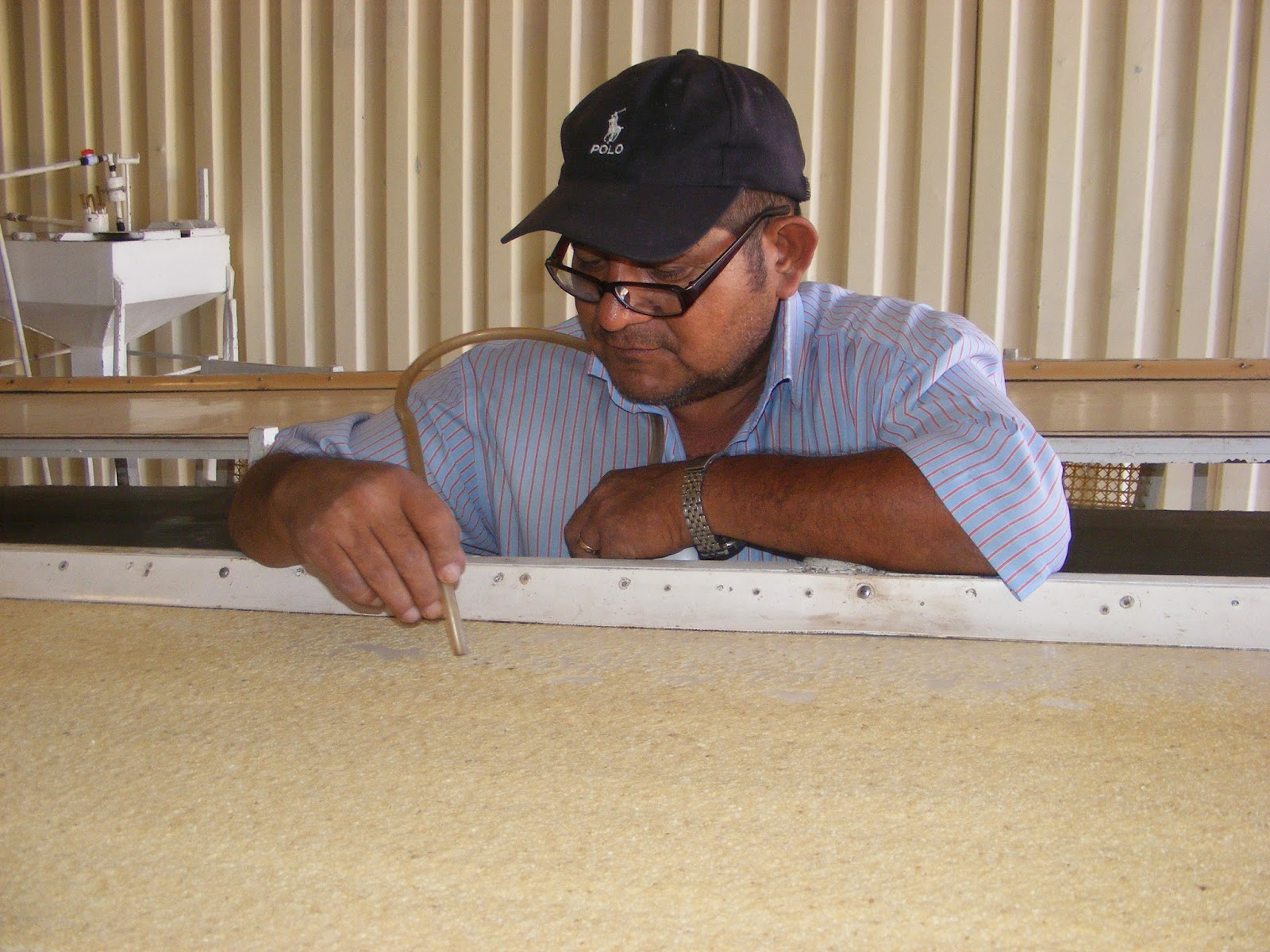 Through the lens of the camera, I saw Mike posted at the end of the line, filling the first sack with clean seed, running it through his hands. 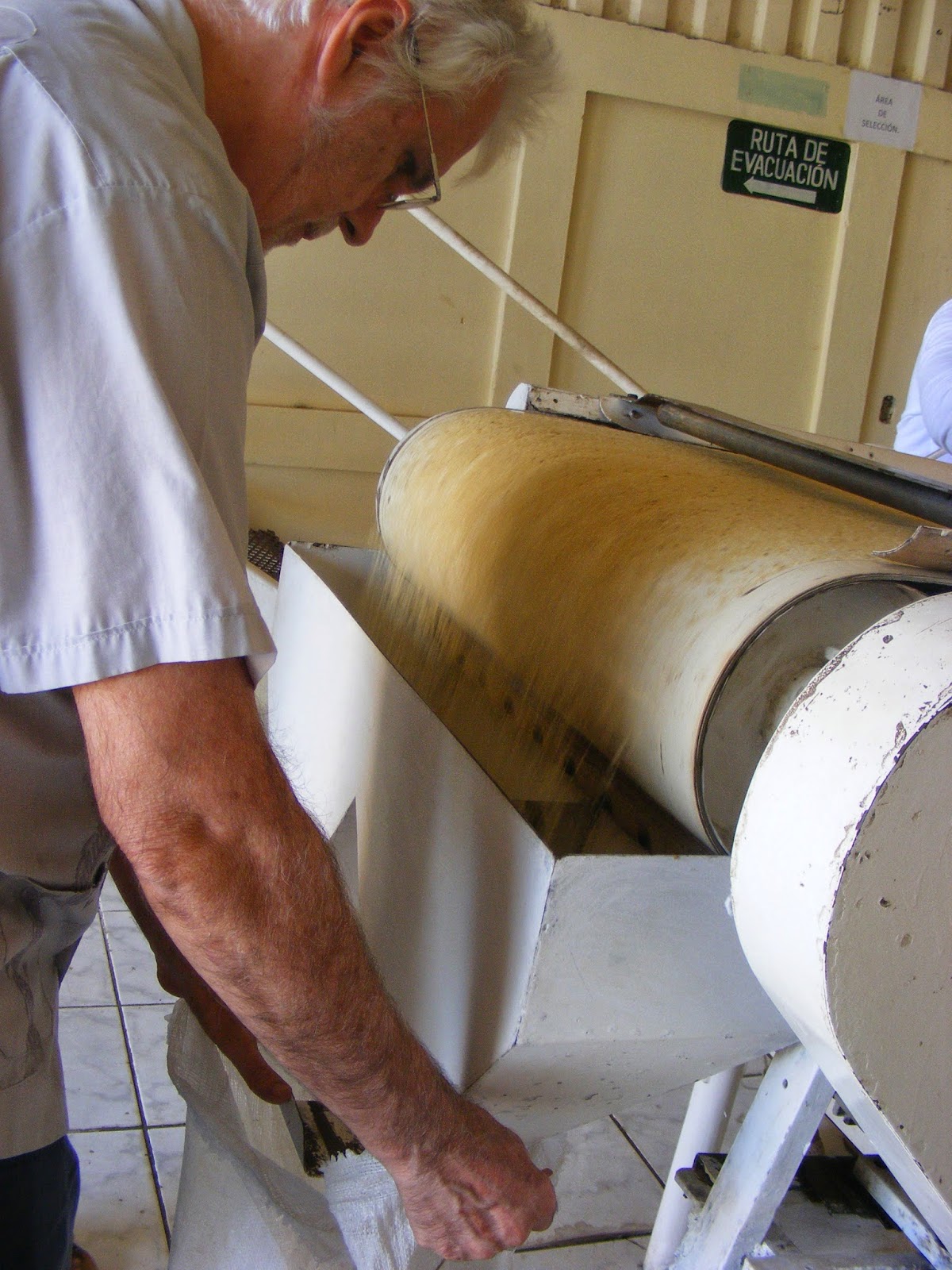 Then, through the lens of time, I saw those same men 20 years ago (skinnier, sunburned, moustachioed and without glasses) out in our first sesame fields, harvesting the first organic sesame. 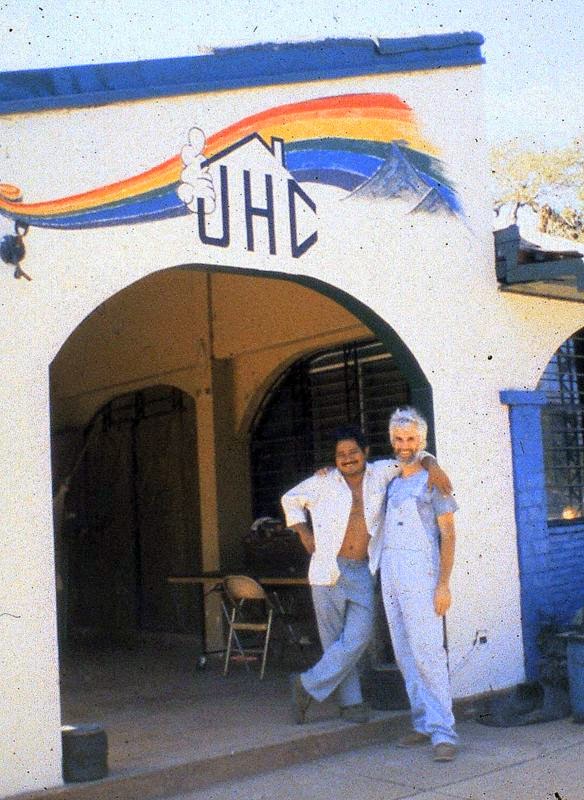 And it hit me: right now, they're realizing a dream they've been steadily working on for 20 years. A lot of other wonderful people have been involved in these two decades, but more than anyone else, Mike and César have worked with the farmers to bring this project forward: 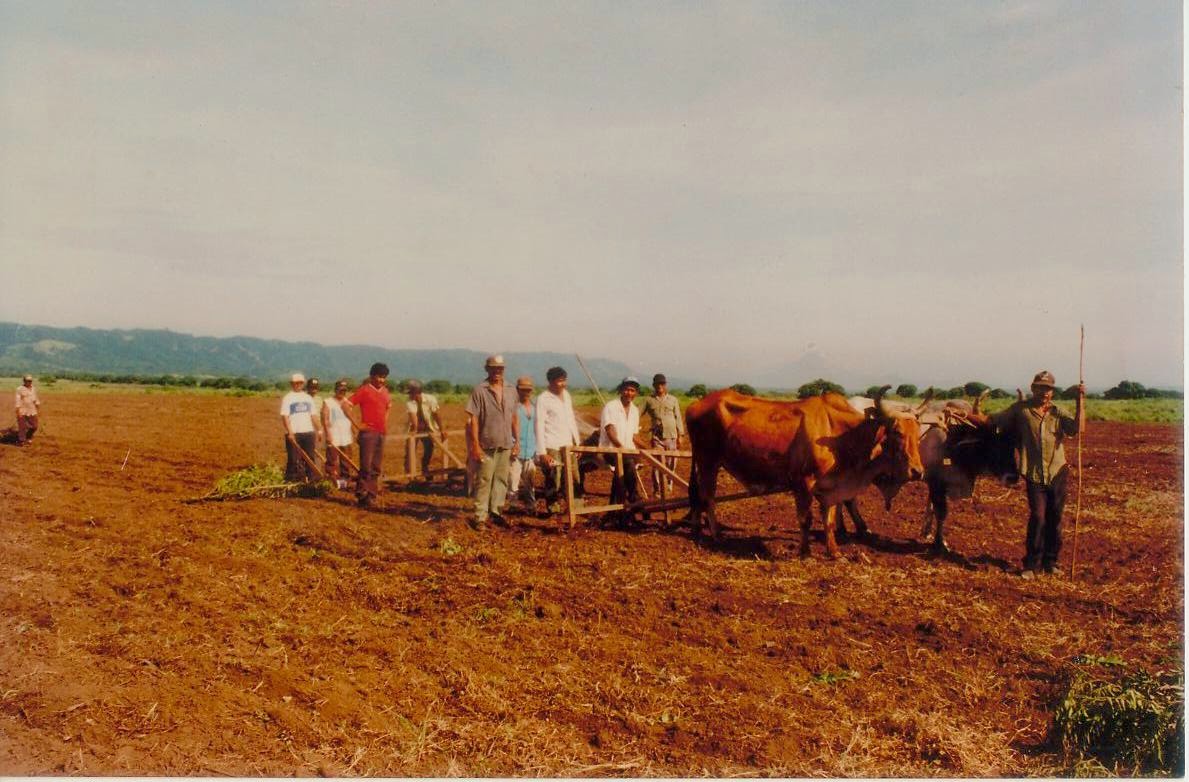 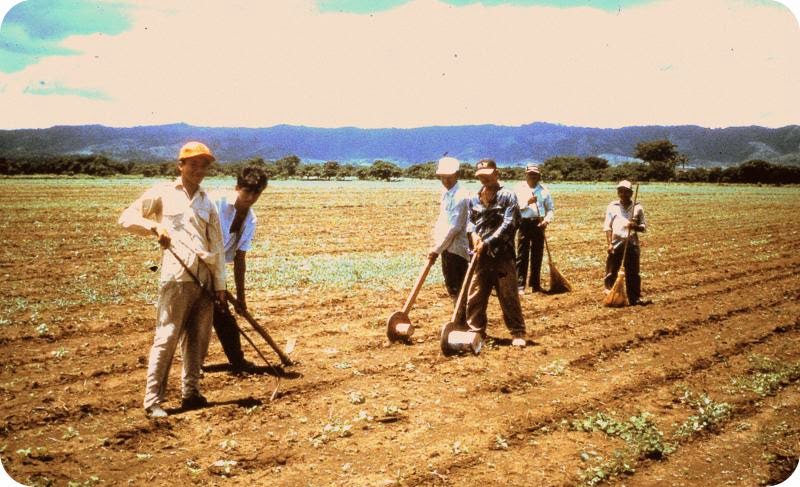 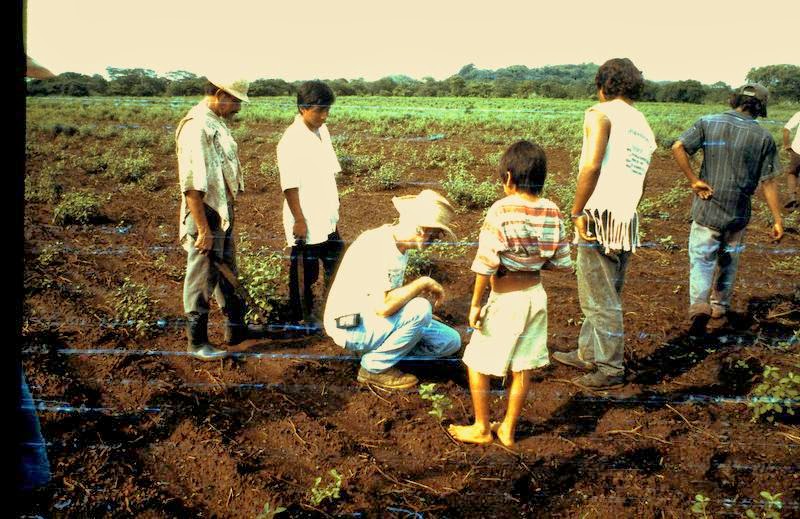 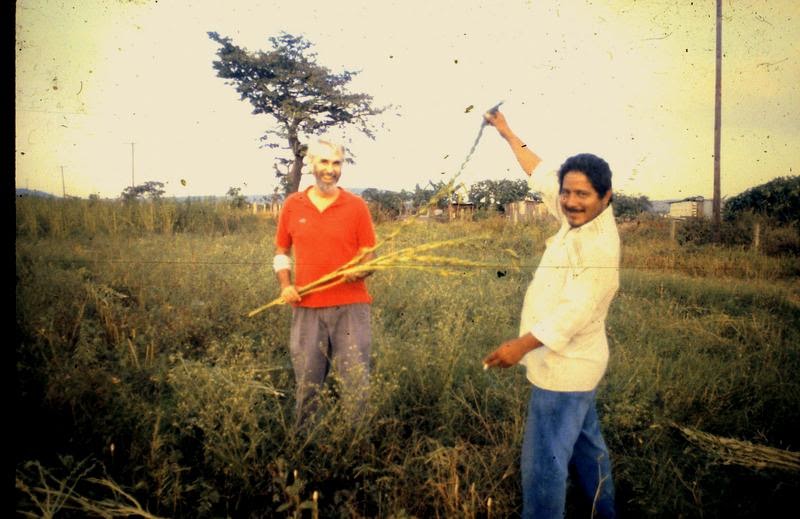 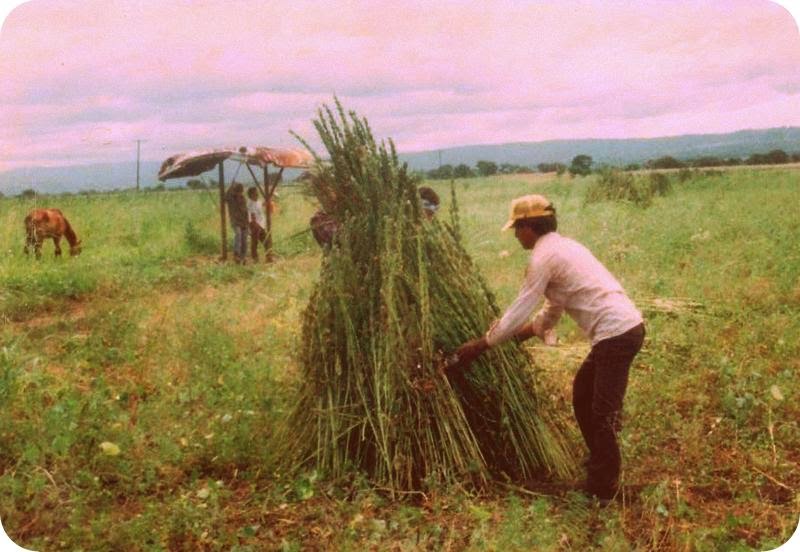 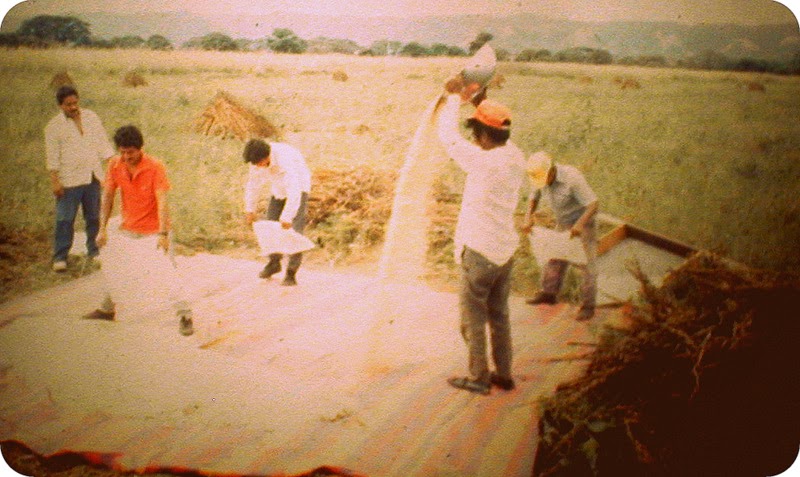 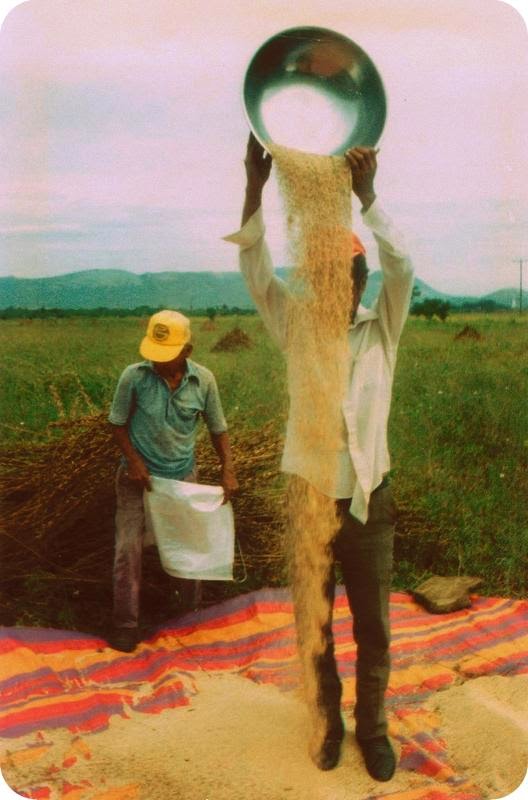 
...they heaved the sacks into our old gray bus... 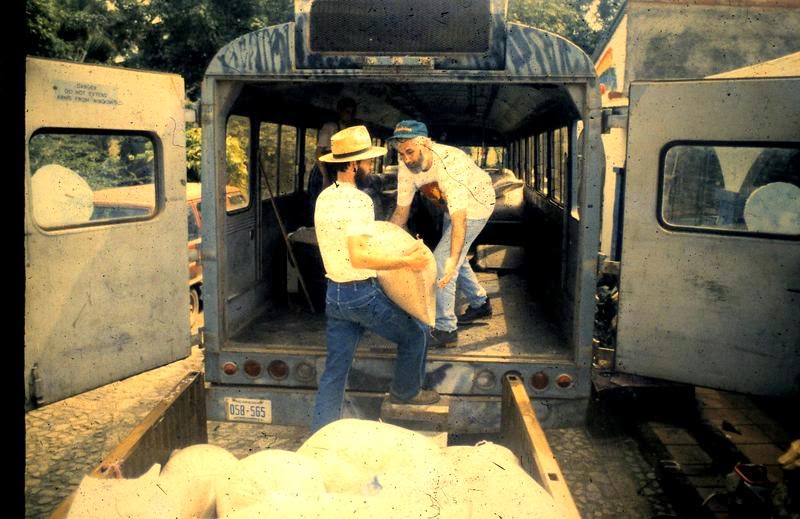 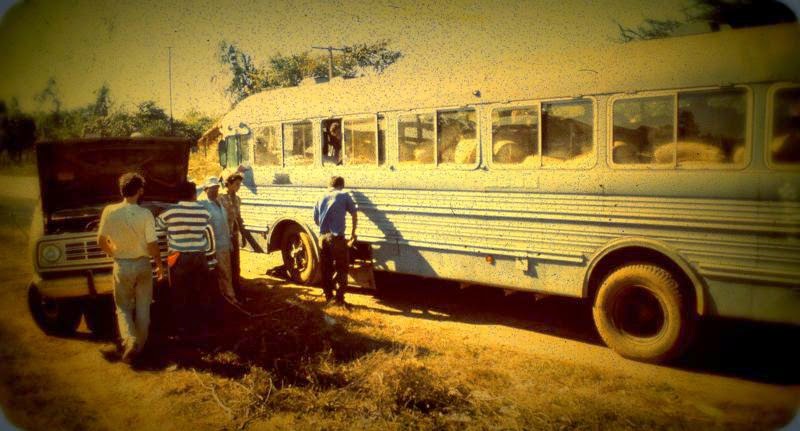 ...and finally made it to the sesame processing plant... 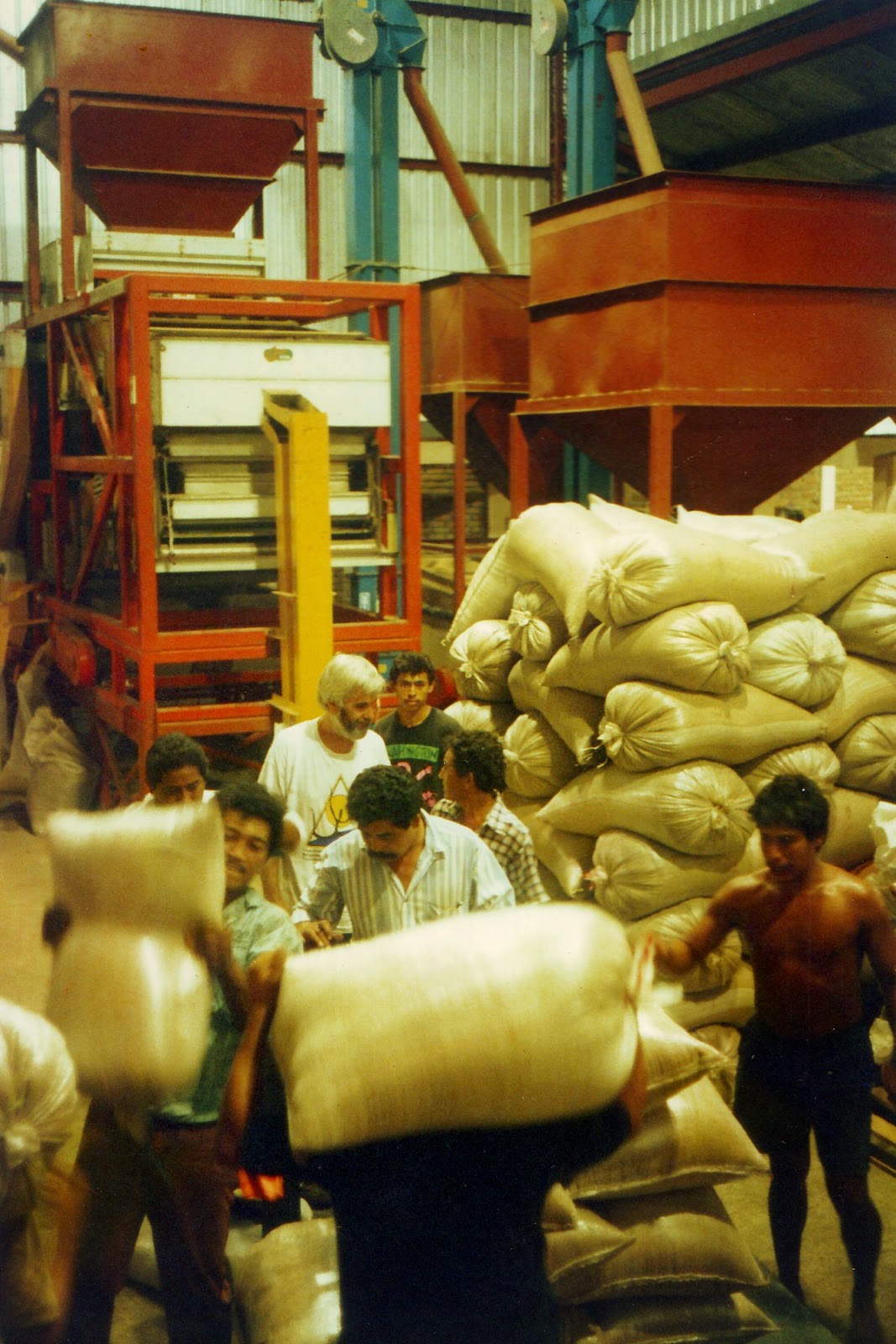 ...where the processors held their sesame hostage, telling Mike and César that they wouldn't process it unless they sold the sesame to the plant as conventional (prices were good that year, and the processors wanted the profit for themselves).

That was when Mike and César realized that unless the farmers had control of the processing, they were always going to be subject to the whims of the processors.  From that day forward, they have been steadily working toward getting their hands on a processing plant.

And here they are, processing sesame at our plant. It may not be in perfect shape yet, we've certainly had a few set backs, but this is what they've been working on for the past 20 years...and they lived to see it!  -- Becca 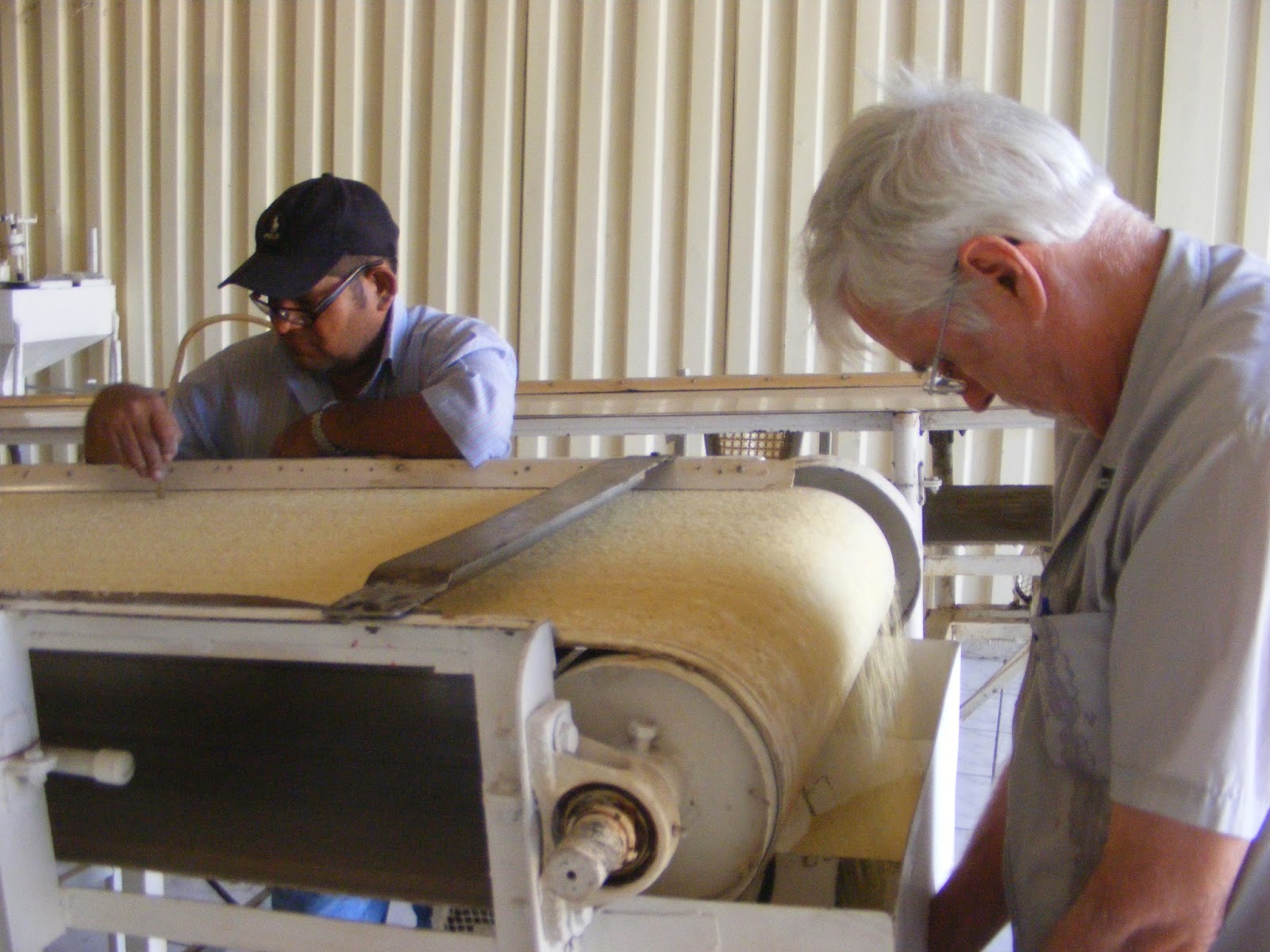 Posted by Center for Development in Central America at 1:45 PM