We started over a month ago, talking about family values...and how the "family value" people don't seem to really value families at all.

With mass shootings, stockpiles of nuclear weapons, poverty, drug wars, high rates of incarcerations and war...where is the hope for families...for all of us?

Hope can move us...Pres. Obama won on a campaign on hope "Yes, We Can!"  But, then...no, we didn't.  It is easy to blame a divided administration and congress.  Racism played heavily into it, but the reality is that after the election, those with the hope went home and left it to politicians.

The Occupy Movement was a hopeful movement...drawing attention to the bankrupted soul of our flawed economic system.  People willing to sit and wait... but only so long, then reality set in and they went home and left it once again to the mega-banks.

We need hope to move and change things but if we don't get off our sweet tushes and do something about society's problems, there is no hope.  It's a Catch 22.

I understand this.  I go to bed every night with the hope of getting up, changing my routine and exercising this old body of mine, but morning comes and my sadness, grief, and depression sets in and I let another day go by...but I KNOW, I have to move beyond it or the body will give up whether or not each night I have hope. 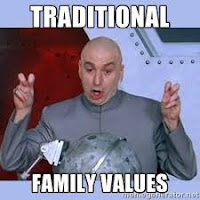 I heard Michaelangelo Signorile, editor-at-large of the Huffington Post Gay Voices, respond to a question about where he found hope after the Orlando shooting.  He talked about how the LBGT movement could not let its guard down but had to keep pushing and pushing for equal rights like all citizens of the U.S.   In other words, the hope he found was in action.

It is hard to act without hope, but we have to.  We might find that in acting we give hope to others...and that hope might be catching maybe even acting like a boomerang and coming back to us.

If we care about families, then let's not allow "family values" people the power of that title, let's claim it for ourselves and call "lies and nonsense" on what they call "family values;" and let's act.  Let's...

Yes, We Can...only IF we work.
-Kathleen
Posted by Center for Development in Central America at 9:22 AM